Tom Hardy Portrays The Kray Twins In The Trailer For ‘Legend’!!! 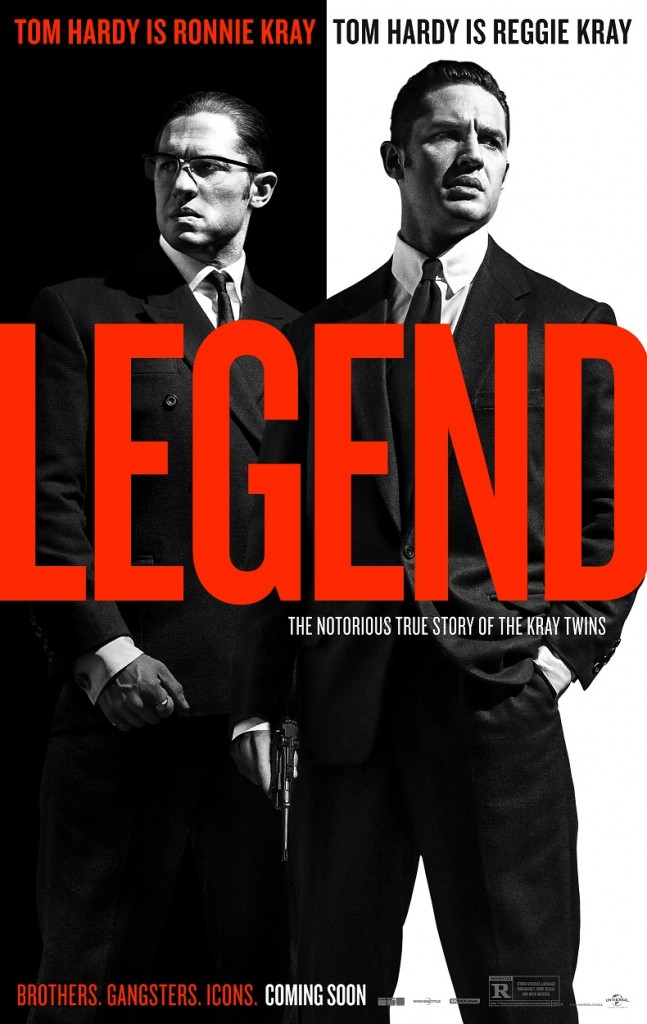 I don’t know how this film sailed past my radar with my love of all things organized crime, but I’m making amends now. Tom Hardy is pulling double duty playing two lead roles in ‘Legend‘, telling the story of the Kray twins, pioneers of organized crime in London’s East End beginning in the 1950’s.

Oscar winning Writer/Director Brian Helgelund (‘L.A. Confidential‘, ‘Mystic River‘) is working his magic on the story and we only have to wait until October 2 to see the end result! The cast is a melange of experienced talent and with Hardy leading the way, it’s got everything it needs to be great! Emily Browning, Christopher Eccleston, David Thewlis and Chazz Palminteri are just a few names lending their talents to the biographical thriller.

Ronnie and Reggie Kray ran a gang named The Firm and were involved in armed robberies, arson, protection rackets, assaults and a few murders. They owned a nightclub which saw them rubbing elbows with prominent entertainers of the day like Frank Sinatra and Judy Garland not to mention the politicians that frequented such clubs. 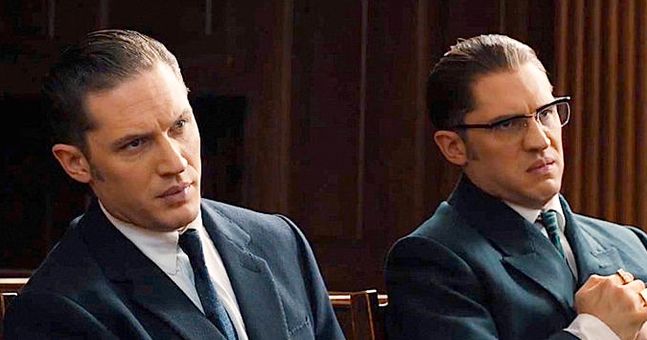 As it seems to be with all gangsters they narrowly avoided capture many times and in 1952 the brothers landed in jail for being AWOL from national service with The Royal Fusiliers. The brothers showed their displeasure at being locked up by throwing tantrums, emptying a latrine bucket over a sergeant, dumping hot tea on another guard, they handcuffed a guard to their prison bars with a pair of stolen cuffs and set their bedding on fire before eventually assaulting their guard with a china vase and escaping. They were eventually arrested in 1968 and sentenced to life in prison where a heart attack sent Ronnie to the hospital, dying in 1995 and Reggie followed in 2000 from Cancer.

This is one movie I absolutely can’t wait to see! Check out the trailer below.