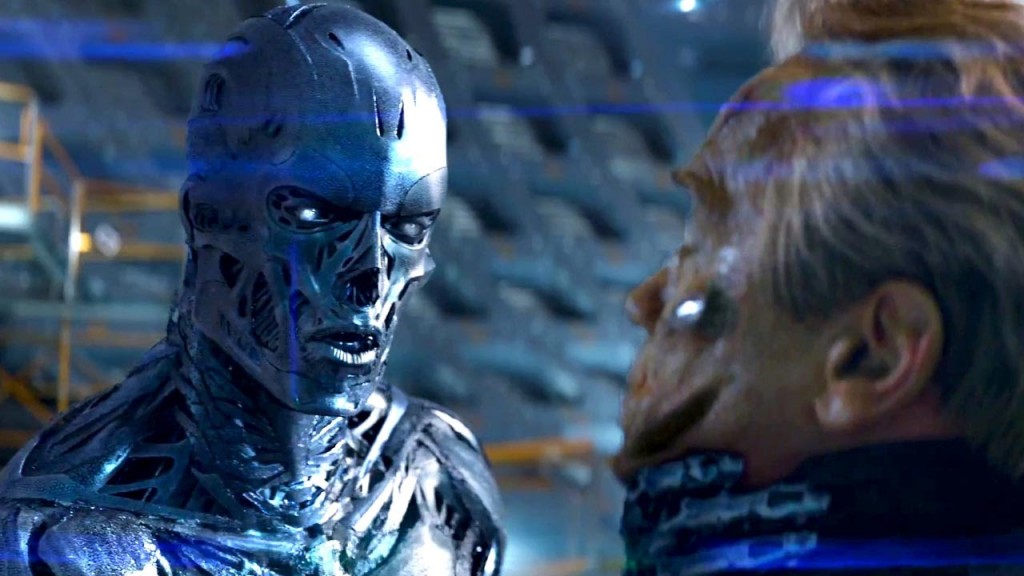 Cameron made his two ‘Terminator‘ films with a perfect eye and enough character development and a well-written script, that those two films are still praised and talked about today. What is ever said about the third film or the ‘Salvation‘ one? Nothing but bad things I can tell you that. Hell, that last ‘Terminator‘ film, which was directed by McG (just horrible), didn’t really have Arnold Schwarzenegger in it. Sure, he sort of shows up in a weird CG mode, but other than that, there was nothing going for the film. Fast forward a few years and we have ‘Terminator Genisys‘, a film that has had a ton of problems trying to get made, before the studio gave it the greenlight with a budget of over $150 million.

First off, Alan Taylor directed this fifth film after Justin Lin bowed out to make the next ‘Fast and Furious‘ movie. Taylor has directed a ton of the best HBO episodes for a variety of their shows, including ‘Game of Thrones‘ and ‘Six Feet Under‘. He recently directed the ‘Thor‘ sequel. However, they hired two screenwriters, which are Laeta Kalogridis and Patrick Lussier. Kalogridis wrote ‘Shutter Island‘, whereas Lussier wrote ‘Drive Angry‘, The ‘Dracula 3000‘ trilogy, and ‘My Bloody Valentine 3D‘. There is where one of the big problems lies. The script is awful, cheesy, and doesn’t make a whole lot of sense. When you’re trying to get over the awkward dialogue and sighs of annoyance, you’ll be trying to figure out just what the hell is going on. That is of course after you’ve witnessed the millionth gunshot into an evil Terminator, only to have them immediately recharge and regenerate to perfect health.

The opening few minutes of the movie tries to explain the events that happened in the first couple of films, as we see the nukes going off and destroying the big landscapes of the world, more importantly San Francisco. Man, San Francisco can’t catch a break this summer, what with nuclear warheads or earthquakes. We hear someone narrating as the Terminators have taken over in a future world of Earth. This is where we meet Kyle Reese (now played by Jai Courtney) who is John Connor’s (Jason Clarke) right-hand man in the future. John believes if they travel back in time, they can stop Judgement Day and Skynet from happening for good this time.

Skynet will be activated by a program that will link everyone’s computer and mobile phones to the cloud, thus setting off the robots and missiles that destroy the world. Without giving to much away, there are several different timelines and alternate timelines taking place here. Kyle Reese finds Sarah Connor (now played by Emilia Clarke) and the original T-800 (Schwarzenegger), who is there to help. During this time, there are tons of nods and throwbacks to the original two films, but it comes across as super cheesy and very awkward. 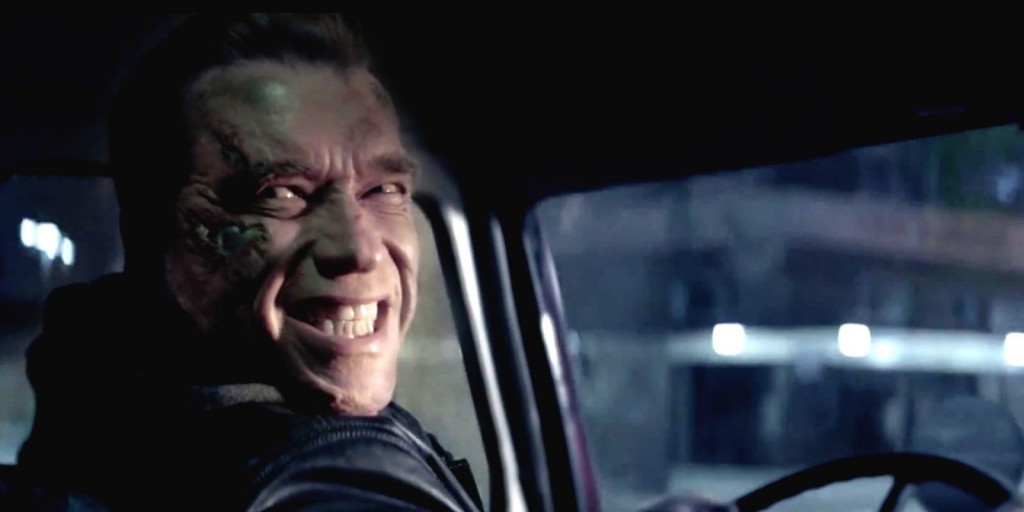 It felt like that director and writer just added it in there to get a cheap applause or cheer. I will say that there are a few cool cameos and some good twists in here, but a lot of the cameos such as J.K. Simmons’s character goes nowhere, and is easily the best part of the film. When Sarah and Reese try to have some dramatic moments, it all feels like the worst of soap opera day time television. It’s that bad. Instead, most of the $150 million budget went to the CG effects and action sequences, which let’s face it, we’ve seen a million times before. There is nothing new here.

Arnold Schwarzenegger is still great as the T-800, however the script wanted him to be the comedic relief to much, rather than be the badass we all know he is capable of. I wanted to love ‘Terminator Genisys‘ so much. I really did, but there were too many problems with all aspects of the film. And of course, they are two more sequels that have been set and dated already, but let’s face it. Without James Cameron at the helm, they won’t be any good as the past three films have taught us.