The “Insidious” franchise is a strange one.  The movies have developed a formula that they have successfully recreated now for a third time.  They are basically split into three parts; a) spooky haunting stuff, b) going into “the further” (the ghost realm) to confront the haunters, c) resolution.  The first film was pretty creepy throughout, albeit rarely truly terrifying.  The second film was a bit more action/adventure than it was horror.  This third installment took the same formula, and I dare say it’s the most fun of the trilogy.

Chapter 3 should probably have been called “Preface,” since it’s a prequel to the last two films.  It’s not necessary to have watched the first two to get into this one, but there is some back story, cameos, and character introductions that make more sense if you know the whole story.  That stated, this is a haunting completely independent of the other films, and it’s a pretty damn creepy haunting.

The first half of the film is littered with atmosphere and pretty solid scares.  The audience screamed A LOT.  I was incredibly surprised to be this creeped out by a PG13 rated film, but it manages to keep the gore to a minimum and uses some great minimalist special effects, really effective makeup, and very loud music to make you jump out of your seat.  The case is led by Stefanie Scott as the haunted high school girl and Dermot Mulroney as her dad, a role that ends up being pretty insignificant, but whatever, Dermot Mulroney does everything with style and class.  Of course, Lin Shaye returns as the psychic “Elise” who investigates and enters the realm of the dead to save the day.  (And I have to mention the introduction of her two quirky comic relief nerd assistants, they’re pretty grand.) 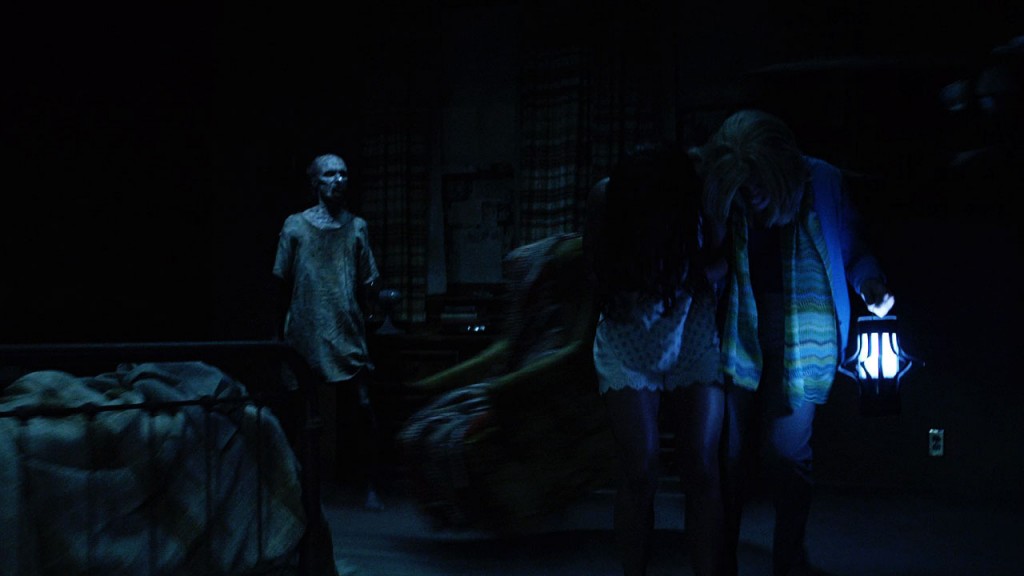 In a strange juxtaposition, the writing is fantastic when it comes to plot, mood, scares, and some laughs.  However, any shot at trying to effectively show living people communicating with each other falls flat.  The dialogue isn’t believable, but it really doesn’t matter so long as the ghosts are well written, and that they are.

As a fan of the franchise, I can say that this is the least campy and definitely the creepiest of the three.  I’m wondering how far this franchise will go, but if it keeps focusing on this formula of case by case haunts, we can potentially get a lot of terrifying films bearing this brand.  I’ll give this a strong 3/5 stars and call it a fun frightening time at the movies!