Disney has made the day a big one for announcements and there is one more to add to the list. Disney Channel has put into motion an animated series based on the 2010 feature film, ‘Tangled‘. One of the greatest things that irritated me about a series based on an excellent film is the voices are always different. Kind of close, if we’re lucky, but never quite what we are used to, until now. Mandy Moore and Zachary Levi will reprise their roles as Rapunzel and Eugene or Flynn Rider. 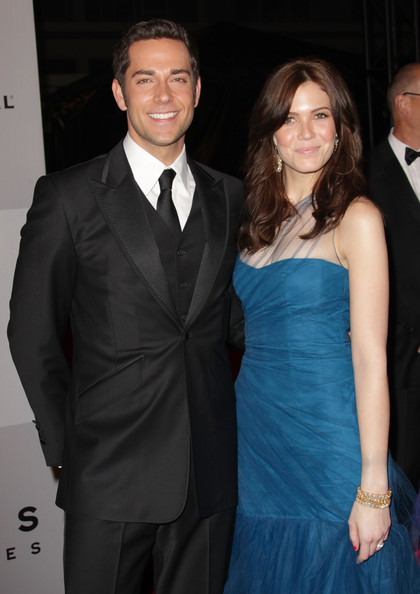 The series is being developed by Chris Sonnenberg (‘Enchanted‘) and Shane Prigmore (‘The Lego Movie‘) and is set to premiere in 2017 on Disney Channels the world over. In addition to the starring voices being the same, we will be treated to music by the great Alan Menken and lyricist Glenn Slater who provided song and lyrics for the original movie.

The timeline for the film is set between the big screen film and the 2012 short film, ‘Tangled Ever After‘. Rapunzel familiarizes herself with her parents, her kingdom and the people of Corona. She has trouble accepting she is destined for royalty and her insatiable curiosity over-rides her crown and marriage by putting each on hold to indulge in her adventurous desires. Familiar characters from the film will reappear in the series like the color-changing Pascal, the duty-bound Maximus and the Snuggly Duckling Pub Thugs, add them to a newcomer, a tough handmaiden who becomes Rapunzel’s friend.

“The genius of the original movie was its seamless blending of cinematic adventure, character-driven comedy and touching emotion. And we are fortunate to have several of the creative talent from that movie on board with this new production,” said Gary Marsh, President and Chief Creative Officer, Disney Channels Worldwide. “With the addition of Chris and Shane as Executive Producers, we have the perfect team in place to create a series worthy of the original film.”

Well-developed characters, addicting music that grabs hold begging you to sing along, an open-ended storyline that can go just about anywhere all backed by Disney – this will become a new favorite of mine for sure.