If you’re a Trekkie and paid attention to director Justin Lin’s Twitter feed today, you would see what I’m about to tell you. Lin gave us the new title for the third film in the rebooted franchise. ‘Star Trek Beyond‘. I wonder if the incredibly retro looking patch is going to win over any of the haters that torched the last film, in particular, ‘Star Trek Into Darkness‘ because of how much it felt different to the series it’s based on among other reasons. 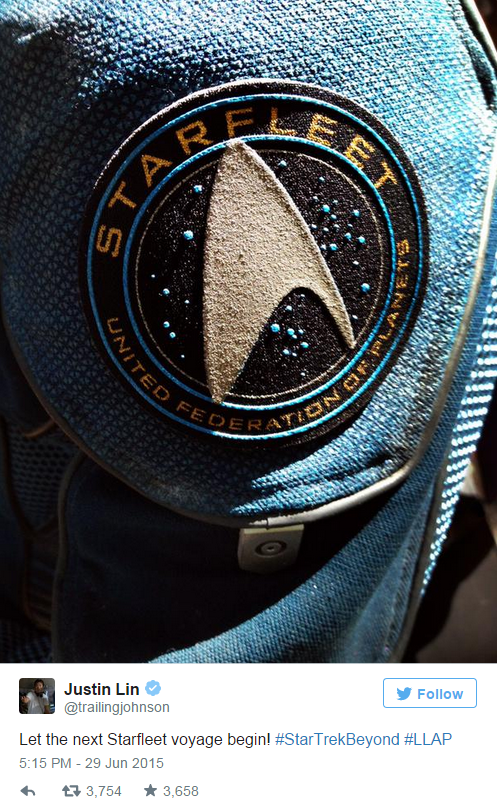 JJ Abrams  is probably the biggest reason there was a lot of haterade to go around by announcing, before the second film launch, that he had surrendered the Trek series to jump aboard the newest ‘Star Wars‘ vehicle. With hope, the third series in the Trek films will see the fans enlivened once again for a big screen epic. ‘Fast and Furious‘ head Justin Lin was brought in based on his past success with reviving big franchises but those involved in the project indicate that Lin is just a fanboy at heart which makes it easier for fans to understand the studio choice to bring him on board. ‘Star Trek Beyond‘ is set to hit theaters on July 8, 2016.