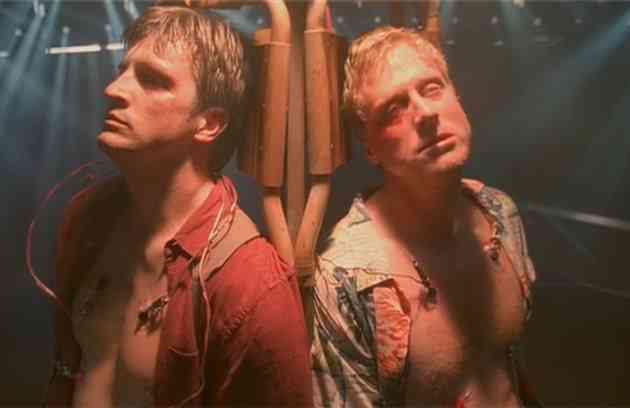 Alan Tudyk and Nathan Fillion are convention staples and more importantly, their shenanigans are legendary. If you attended last year’s May Dallas convention, you know that Nathan called Alan and Face Timed him in Australia since he couldn’t make the con.

The two of them talk to each other across their tables and continually hang out at each other’s houses. They have an affinity for each other. So when Alan developed a new show about a prematurely cancelled space-western whose dashing captain went on to much fame and the pilot  went on to lesser but solid fame (sound familiar folks?) on the con circuit, the world listened. They put up a Kickstarter and in less than 24 hours had raised over $500,000. This show stars Alan as Wray Nerely, and Fillion as the shops captain. Tudyk is also writing and directing. He’s giddy and excited to be working with his friend again and I was able to catch part of their panel at the Fan Expo Dallas.

Side Note: We apologize for any technical difficulties during filming. Enjoy.