Could ‘Tremors’ Make A Come Back With Kevin Bacon?! 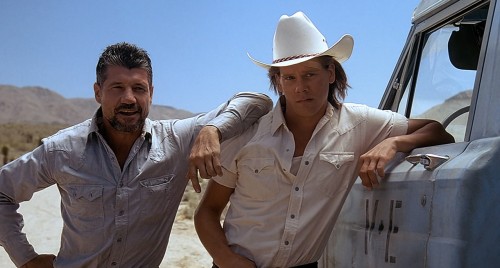 Kevin Bacon is interested in another ‘Tremors‘ movie!! We first saw the humongous, man-eating worms tearing up the desert and anyone who got in its way 25 years ago. This movie gave us everything. a 1990’s Bacon saving the day, witty repartee aplenty and a gun-crazy Reba McEntire. The film went on to spawn 3 sequels, none of which was as popular as the first one. 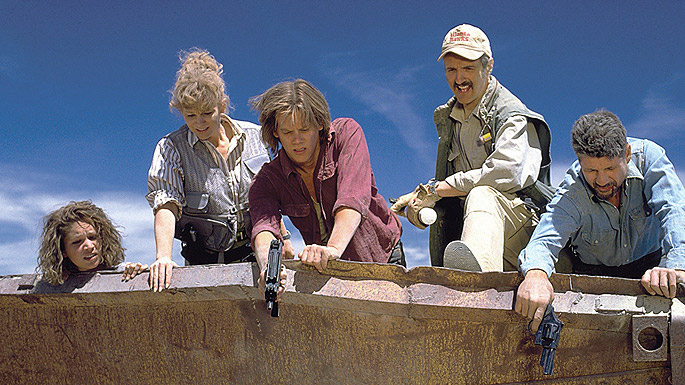 In a British newspaper Bacon was asked which of his previous movies would have benefited from today’s technology, he replied “Definitely Tremors, but part of what’s great about that movie is there are next to no digital effects. The monsters are done with puppetry, and it’s still off, funny and scary – it’s a cool accomplishment.” Then he added the cool part, “I’d love to do something else with Tremors and revisit the character 25 years later.”

There isn’t a company with plans in motion for a ‘Tremors‘ project, yet, but this may change shortly. Most of the time a network will be interested in exploring the options once they know a star is already on board and considering the constant replication of older movies or series into current projects, I can see this as an excellent fit.

Any potential film doesn’t have to stay strictly with a big screen opening in mind anymore, either. With same day digital release options and streaming providers entering the original content market there has to be someone that would be happy to host this, I’m talking to you Netflix, Hulu, Crackle and Amazon. Who’s ready for some more motherhumpers?!