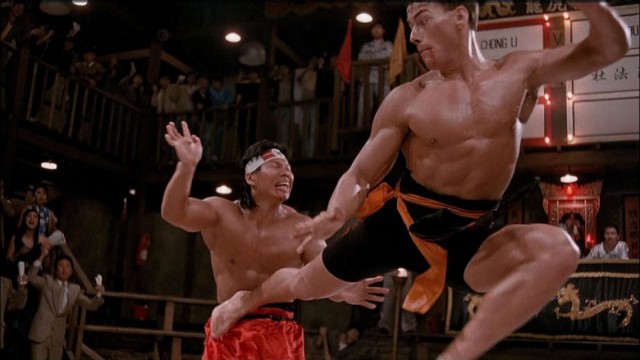 Kumite! Kumite! Kumite! I can’t believe it’s been 27 years since the iconic actor Jean Claude Van Damme kicked his way on screen in ‘Bloodsport‘, which was the story of Frank Dux when he entered a full contact underground fight competition. I remember watching this movie at age seven in my Tae Kwon Do class and just thinking this film was the coolest. Well as we all know, this film launched Van Damme to super stardom and went on to star in a ton of action films.

Now, Universal Studios has greenlit a sequel to the 1988 film that will bring back Van Damme to the role of Frank Dux, fighting in yet another Kumite. The story centers on an aging Frank Dux, whose son is killed in a Kumite. Frank gets back in the ring to seek revenge on the guy who killed his son and is the current champ of the Kumite.

So far there is no word yet on if Jackson (Donald Gibb) or Oscar winner Forest Whitaker (Rawlins) will be back to reprise their roles, but our sources say they are in final talks to come back. Mabrouk El Mechri is writing the screenplay as well as sitting in the director’s chair. Mechri was responsible for the film ‘J.C.V.D.‘, which was a fantastic film that showed just how amazing Van Damme is as an actor, rather than just a great martial artist.

Filming is to begin in the fall of this year and is slated to release early next year from Universal. We all know that Van Damme still has what it takes both in acting and performing the fight choreography. Universal is hoping for a similar scenario to the last ‘Rocky‘ film in that an aging fighter gets back in the ring to prove himself once again. I’m definitely on board for this, as Van Damme can do no wrong. This would be so awesome in a perfect world if it were true, but it’s not, so Happy April Fools Day!