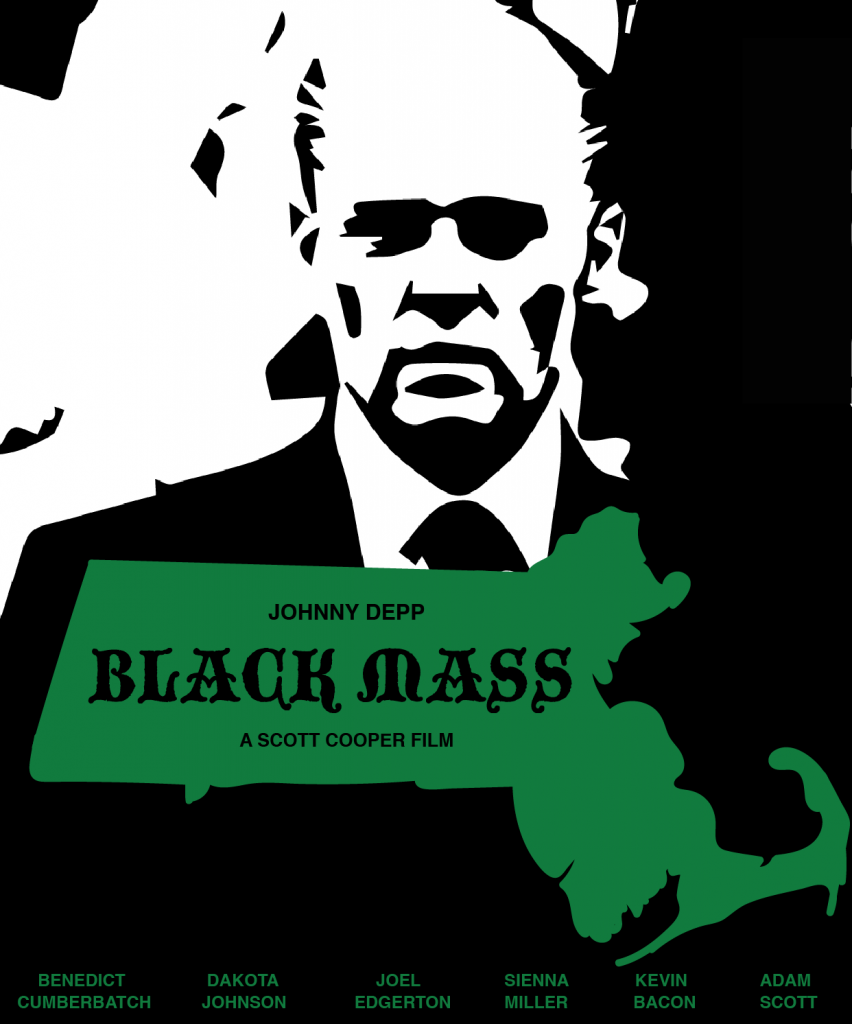 ‘Black Mass‘. I’ve been waiting for this movie for a long time, I love mafia storylines. Give me ‘The Sopranos‘, ‘Goodfellas‘, ‘The Departed‘ and ‘The Godfather trilogy’, books, documentaries, whatever it is, I dive in head-first. Bonus points if the stories are true, as in the case of Whitey Bulger.

Bulger is the brother of a state senator and at the top of the violent criminal list in South Boston, who turned FBI informant to take down a rival family invading his territory. Johnny Depp plays the kingpin Bulger, Benedict Cumberbatch is Whitey’s senator brother, Bill, players like Kevin Bacon and Dakota Johnson are just an example of the top-notch cast director Scott Cooper put together for this retelling. So check out the trailer and get ready for the release on September 18, I can’t wait!!!