Here Comes The Funny From Kevin Hart and Will Ferrell With RED BAND Trailer of ‘Get Hard’!!! 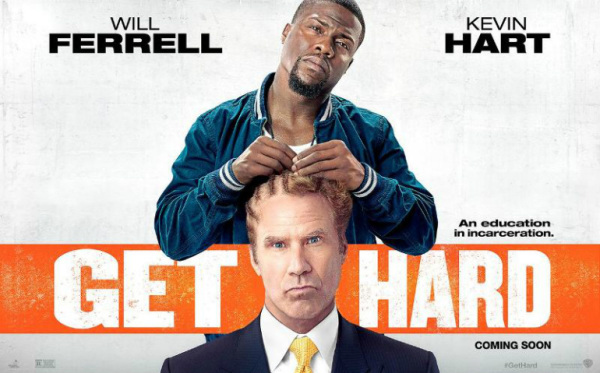 In what comes across as a particular ‘New Guy‘-ish theme is ‘Get Hard‘, the newest comedic offering from Will Ferrell and Kevin Hart. The two are absolute anarchy on a screen alone, so together they will bring the house down, the big house that is. We’ve gotten our hands on the extremely RED BAND trailer of the new pic and I laughed part of my considerable ass off, I wish it REALLY worked that way, right?!

The set-up is Ferrell plays a brand new bad boy to white collar crime and is being sent to San Quentin. In order to prep for the stay, he hires Darrell Lewis (Hart) as a been-there-done-that teacher of sorts with one hiccup, Lewis doesn’t know a bloody thing about it! With four writers, including Adam McKay and Etan Cohen (‘Tropic Thunder‘, anyone?) This has beyond potential to be a huge money-maker this spring on March 27. Check out the trailer and tell me how hilarious this is going to be!!!