Buckle In And Check Out The Terrifying Trailer For Guillermo del Toro’s ‘Crimson Peak’!!

Filmmaker Guillermo del Toro (‘Hellboy‘, ‘Pacific Rim‘, ‘Pan’s Labyrinth‘) is returning to his Spanish roots by telling the kind of story he grew up living. His film, ‘Crimson Peak‘, is a gothic-romantic horror tale that will guarantee to scare the hell out of you, like a killer thriller should. 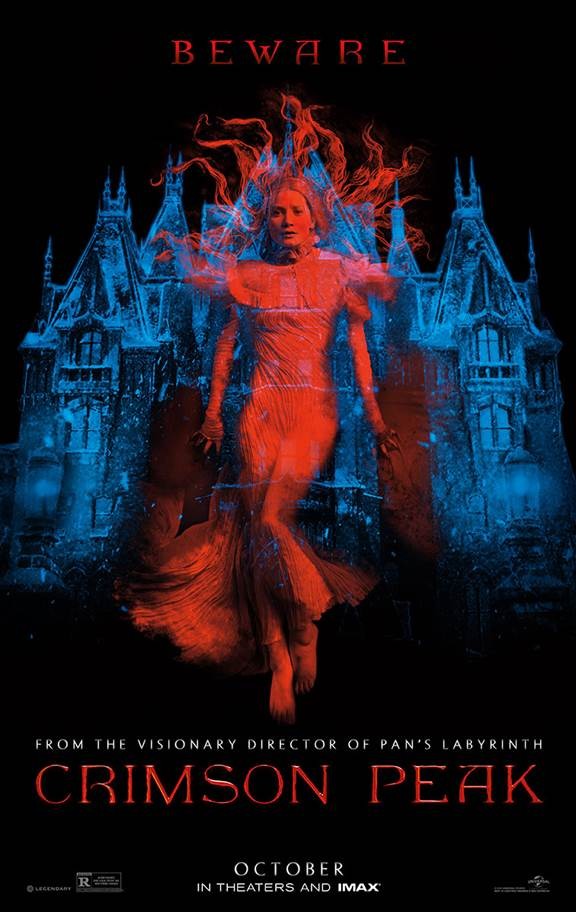 Don’t let the gothic-romantic label or the simplicity of a ghost story in England fool you, the release date is set for October 16 ready to take everyone on a seasonal thrill ride. Del Toro leans heavily on the inspiration of his opinion of the ultimate haunted-house type of film, ‘The Shining‘. The stars of this film will be competing against fear as the real stars of the show, consisting of Tom Hiddleston, Jessica Chastain, Charlie Hunnam and Mia Wasikowska are all featured. Great job on the casting, if I were terrified I’d gladly take the terror if I could be holed up with Hiddleston or Hunnam! Check out the awesome trailer!

Plus, that cover of Nick Cave’s ‘Red Right Hand’ is perfect here.