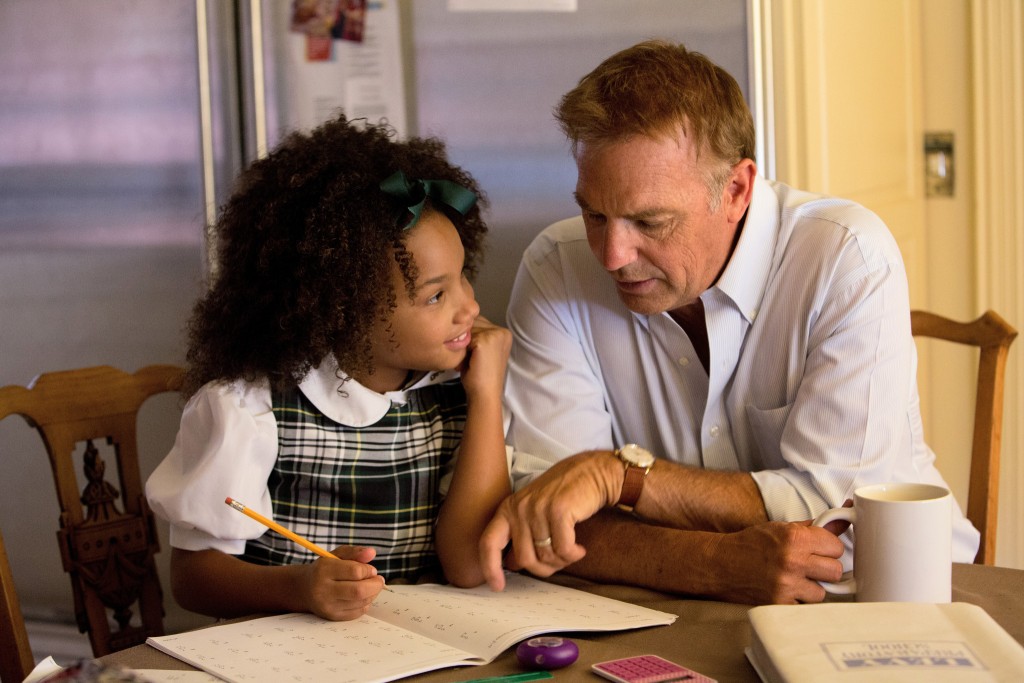 A family has a mother, father, and maybe children, a standard definition of a family.  A family is a group of people who are related to each other, yet another definition.  Nowhere in either definition is a mention of color, right?  Since the beginning of time families have blended nationality, ethnicity, and race.  This fact doesn’t make the families any less bound.

The Anderson family has seen tragedy, but the latest threatens to rip the family apart.  Black or White opens with Elliot (Kevin Costner) sitting in a hospital as his heart is breaking.  His wife, Carol, has died.  He goes home to a maid, Rosita (Bertha Bindewald) and a beautiful granddaughter, Eloise (Jillian Estell).  Eloise is the only blood he has left.  Eloise’s mother, Elliot’s daughter, died giving birth to her.  Eloise’s father, Reggie Davis (André Holland) has been MIA for years, which doesn’t bother Elliot at all.  Watch the film, you’ll see why and you’ll agree.  Along with Eloise’s father, Reggie, comes his rose-colored spectacles-wearing mother (at least when it comes to Reggie), Rowena (Octavia Spencer).  Apparently, Rowena and Carol, Eloise’s maternal grandmother, had a working relationship for the benefit of Eloise.  With the loss of Carol, comes the question, “Can/Should Elliot be trusted with raising Eloise?” 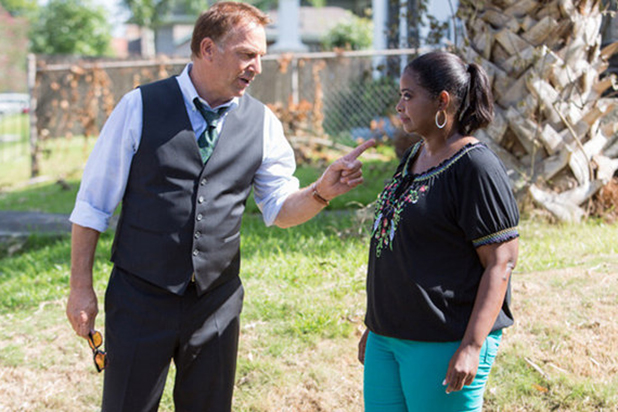 If you didn’t know the actors and actresses I mentioned above, would see color?  Maybe with the estranged father portion, the stereotype of a black man might have come to mind.  Newsflash:  every race has deadbeat dads.  It is ok to see color (heck, it’s natural as we all have eyes) as long as that is not all that you see.  Black or White addresses this social concern that others are afraid to deal with.  This film forces the meat of the problem to the forefront instead of focusing on the skin that wraps it.  Black or White is hopefully a step in the right direction.

Kevin Costner is a solid actor.  I have not seen him much in the limelight of late, but it is my opinion that Black or White brings him back in a major way.  We’ve all seen Costner as a rigid and disciplined bodyguard (The Bodyguard, personal fave), loner U.S. Lieutenant (Dances with Wolves), and a guy with much bubbling below the surface (JFK, Field of Dreams, etc).  In Black or White, Costner loosens those stuffed shirts and bares all.  You’ve never seen him this raw.  Somewhat subdued, but still as in your face as ever, was Octavia Spencer.  I have enjoyed Spencer since I saw her in a bit part in A Time to Kill.  It was only a flash, but greatness was beneath. 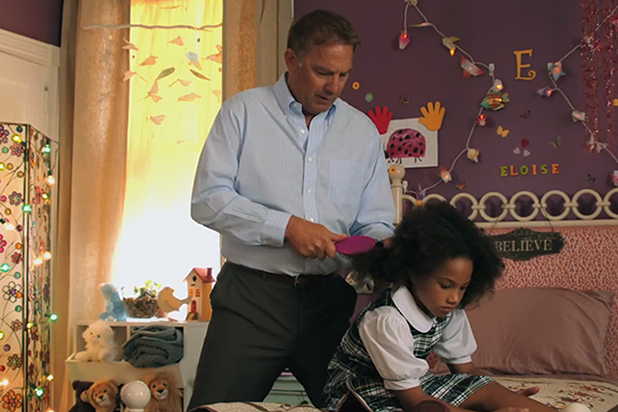 Over years, Spencer has brought comic relief in various roles Never Been Kissed and Big Momma’s House to name a few.  I’m not big on TV, so that’s why I’m not mentioning her shows.  No one will ever forget her iconic Oscar-winning role as Minny Jackson with her infamous chocolate pie in The Help.  Her role in Black or White reminds me most of her role as Mrs. Battle in Coach Carter.  I cannot wait to see what else Spencer brings to the table in her future endeavors.  I respect her performances as truth of character through and through.  A delightful addition is the adorable Jillian Estell.  This newcomer brought the real sass of today’s youth.  Children of today are intelligent at earlier and earlier ages.  Estell shows Eloise as the real lady of the house; such a mature performance from a bright young lady.  Look for much more from this little gem.

Black or White is a little slow at times and has a few poor dialogue deliveries.  Overall, Black or White is a very good film.  Some parts of society believe that racism/racial profiling is a non-issue.  I’d argue and this film provides an example that until the world sees human instead of skin we need more forms of media like Black or White.  This film is not solely about race it is about family.  I’ll reiterate that a family is a group of people who are related to each other.  Family is not defined by ethnicity, nationality, or race.  Enjoy this powerful account of one family’s struggle.

One thought on “Film Review: ‘Black or White’!!”