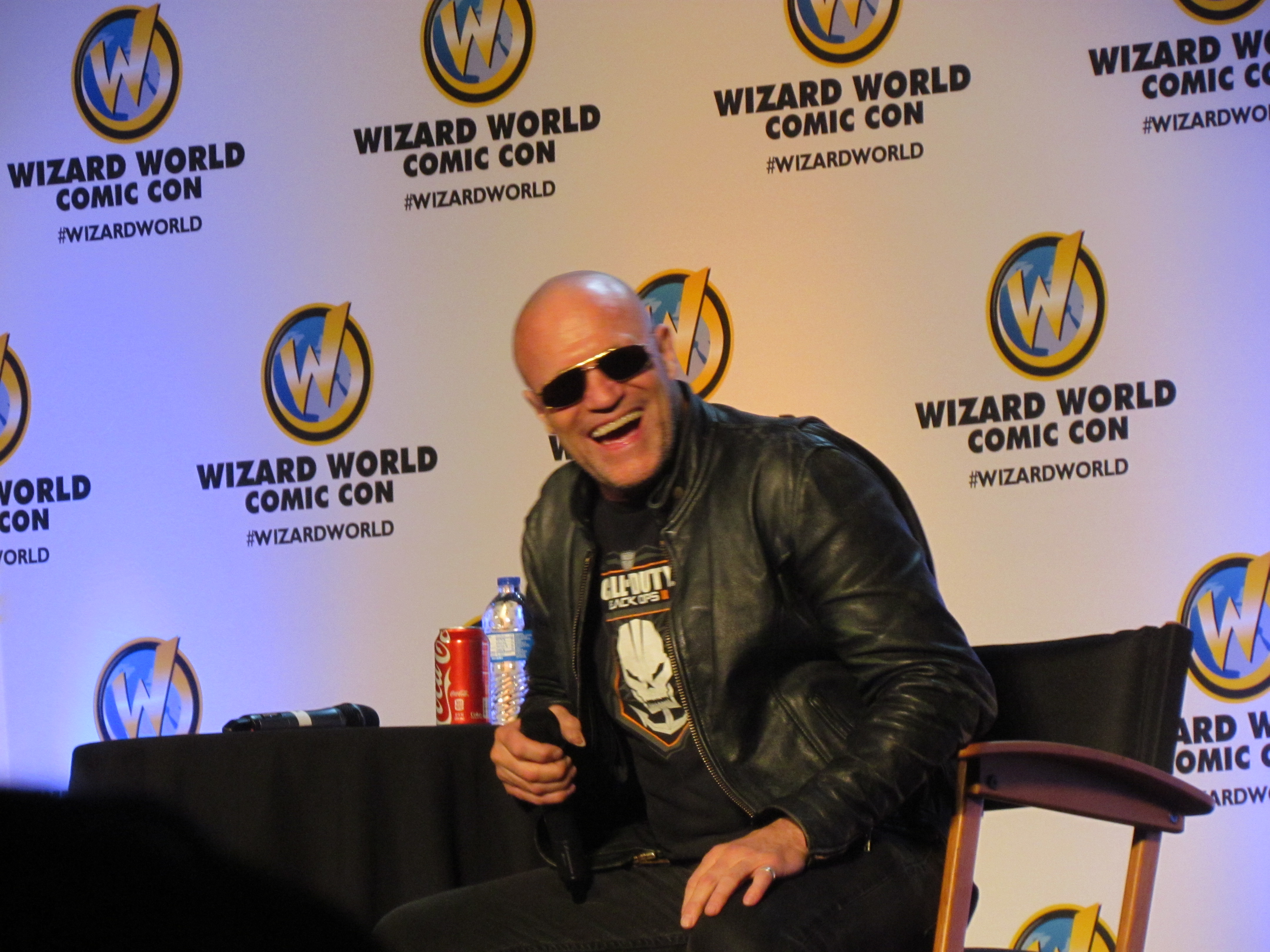 I had the opportunity to sit in on Michael Rooker’s fan Q&A panel at Tulsa’s premier of Wizard World Comic Con. Rooker is a megastar right now with his characterization of Merle Dixon in AMC’s ‘The Walking Dead’ and as Yondu from ‘Guardians of the Galaxy‘. When Rooker took the stage that evening, he looked every bit the movie star we know he is. 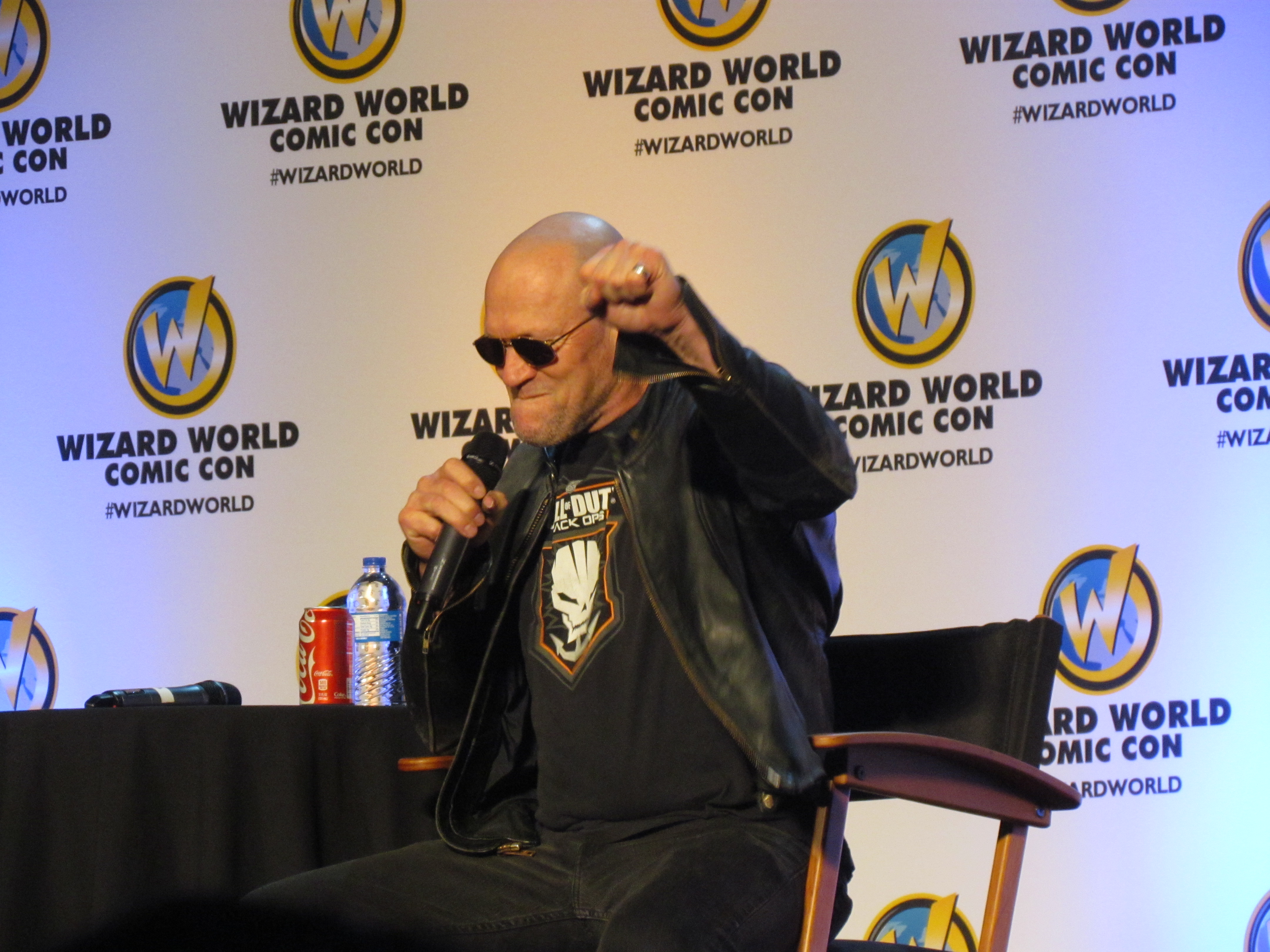 He immediately began engaging the audience and knew how to work the crowd. He knew he had limited time and was ready to jump right into the questions. He was a brilliant smartass with his responses and not always answering the question, but the audience loved it anyway. He was asked several times how he embodied the worst traits of his characters. Rooker responded by saying that you use what’s in the script. Playing a serial killer as in ‘Henry: Portrait of a Killer” was a challenging role. It was his first big film, he didn’t know how to get that deep and was scared he would mess up. He concentrated on his day-to-day activities and was closed off and in character all day, that lasted 7-8 weeks.

On being asked how he got the role of Merle, if he had to audition or was given the part, Rooker stated that the people responsible for casting him in ‘Days of Thunder‘ were the ones in charge of filling out the cast for ‘The Walking Dead‘, once he learned his character cut his hand off, he wanted the part. It was a fantastic night and I was extremely lucky to have been able to be a part of it. I’ve got a few videos from the panel that I want to share with you. Don’t forget, as Rooker would encourage, ‘Guardians of the Galaxy 2‘ is coming!