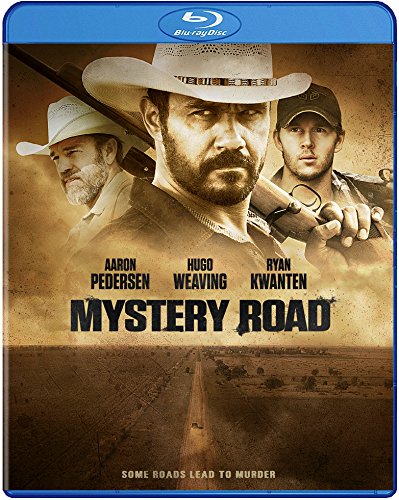 Today, I’m watching ‘Mystery Road‘ on blu-ray, I love a good detective mystery and got really excited when I read the description. In an outback town, Jay Swan, an Indigenous cowboy detective, returns home to solve the murder of a teenage Indigenous girl whose body is found under the highway trucking route out of town. Jay is alienated from both the white-dominated police force and the Indigenous community, including his teenage daughter, whom he discovers is connected to the murdered girl. 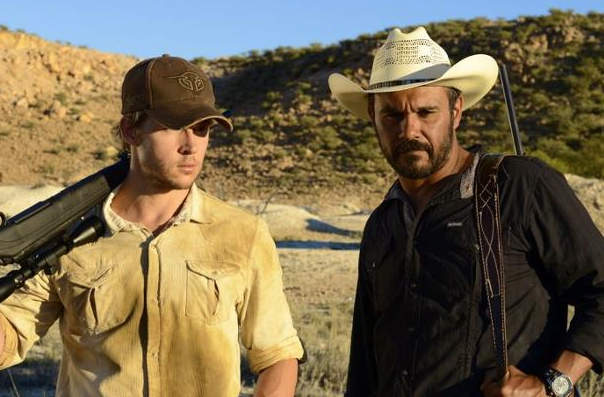 I saw that Hugo Weaving was in the film and Ryan Kwanten and I decided the cast could balance everything out if the movie was crap. I was wrong. Wrong is as wrong does and I was w-r-o-n-g. Aaron Pedersen and Jack Thompson round out the main cast. Pedersen plays Detective Jay Swan, who has been away from the small town the film is set in for 10 years. He’s barely had time to reassimilate to his surroundings before he is thrown into a murder investigation on his own and with no real support from any fellow officers. His investigation leads to massive corruption within the force and an unknown connective element bringing his estranged wife and daughter into the plot line.

With a description like that, I expect vengeance, wrath, fury, absolute outrage on Swan’s part, what I got was a stoic and almost hangdog look on his face throughout 90% of the film. He showed zero emotion during almost any point in the film. The most animated his face got was during a shootout and when a drug dealer intimated that he had dealt to and had sex with Swan’s daughter. There was a 20 second moment of outrage, than his face was blank again. 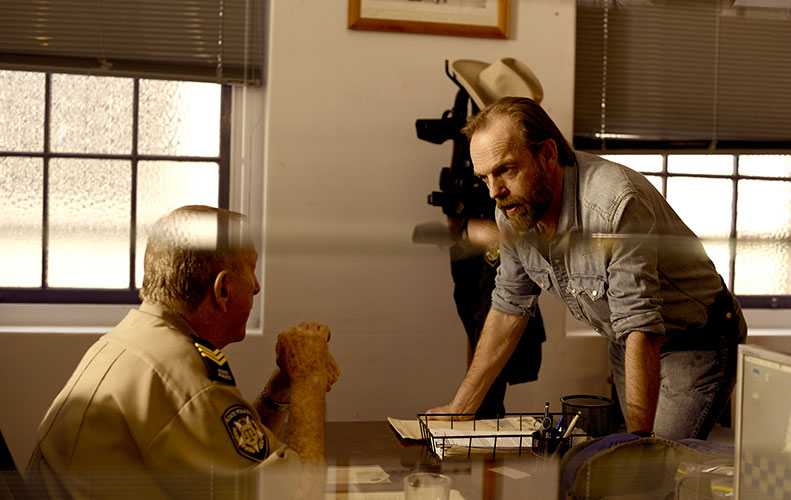 We never really discover why Swan was gone or why he came back, but that’s ok because I don’t think that information would make the film any more interesting. Listing Ryan Kwanten in the cast at third on the list makes me think he’s going to be in the film quite a bit. Once again, I was wrong. He was barely in the movie, he had a few lines and was in a shoot-out. Weaving’s character had some dimension to him, Johnno is one of the old boys that is doing what he’s doing and doesn’t like to be interrupted with it. He is the perfect actor for that part because all through the film, his sly face hides the fact of whether he’s a good guy or bad guy. There are some actors that are in small parts but can still make an impression on you, this film didn’t have that either. I think the entire film could have been just as good if all the characters but Weaving had a mask covering their faces. Even the ending didn’t give you any kind of resolution.

The one positive thing I have to say about the film is how it was shot. Filming in Australia lent itself to the director’s, Ivan Sen, cinematographer eye well. The huge, sweeping vistas, gorgeous sunsets, scenes from the mountains, it was a gorgeous film. Please don’t write anymore.

The blu-ray came with an original trailer, a few preview trailers and a making of featurette with interviews from the cast.