Film Review: ‘Before I Go To Sleep’!! 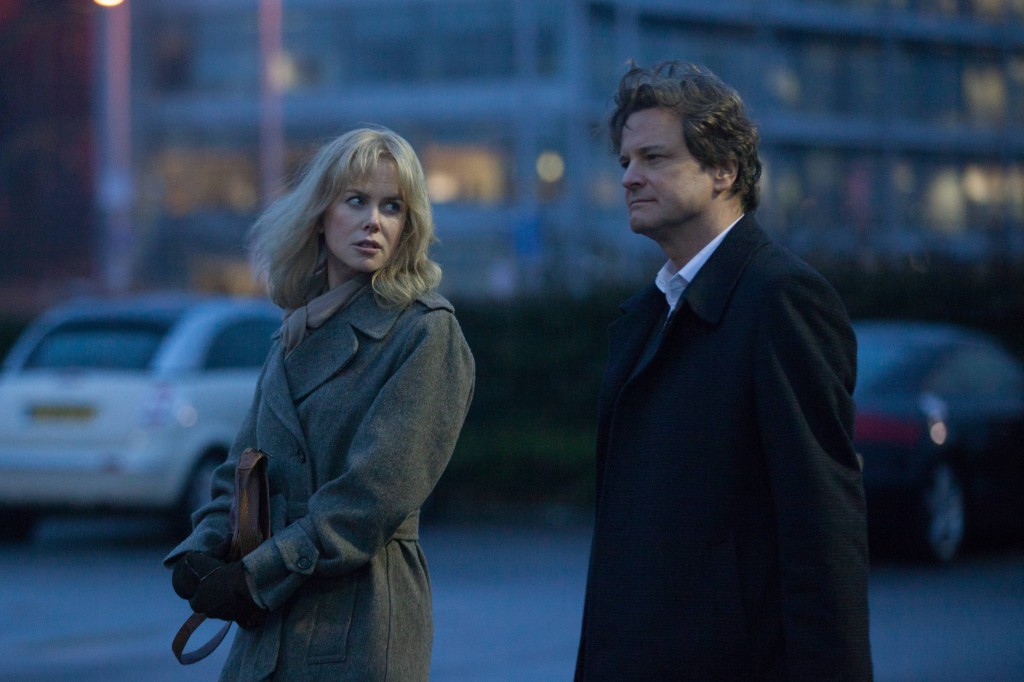 Before I Go to Sleep opens with an extreme close-up of Christine Lucas’ (Nicole Kidman) bright blue, bloodshot eye.  The world is an empty space to Christine.  She doesn’t know who she is nor does she know whose arm is draped over her. (If she only knew)  Every day begins this way for Christine.  The man (Colin Firth) identifies himself as her husband, Ben Lucas.  He explains her estranged friend disappearing, their son dying, etc. day after day.  Glass squares filled with reminders and likes/dislikes for Christine are on their kitchen wall.  Without fail there is one aspect of Christine’s life that must be retold, that she had an accident, which caused her condition.  The weariness shows of Ben’s face, but there’s something a little off about this situation.  Enter Dr. Nasch (Mark Strong), a psychologist who has vowed to help her recover her life.  He offers her the only means of continuity through nightly recordings on a camera.  However, she is instructed to hide the camera from Ben.  Slowly her memories unfold and the truth is revealed.

This type of story and structure worked for Memento and even in a vice versa kind of way (the town would forget what happened each day) for Groundhog Day, but not so much in Before I Go to Sleep.  To some degree a film about an amnesiac is expected to be repetitive, but it was the gaps in the story structure that frustrated me.  For instance, if a person is supposed to without fail forget everything they know every morning when they wake, how then do they know how to drive or get to specific places in a town as vast as London?  The plot was as though Edward Scissorhands edited the film.  We never see Christine get in the car and drive to meet Dr. Nasch or to go to the observatory to see her best friend Claire (Anne-Marie Duff).  She just would be seen in front of her house one moment and appear in the doctor’s car or walking up a hill to meet Claire.  It is possible to cut too deep, you know.  If you truly love someone, but have to distance yourself from his or her mental condition, wouldn’t you require the mental institution to notify you if the person leaves?  For those that will see this film, I will not explain this question, but keep it in mind. 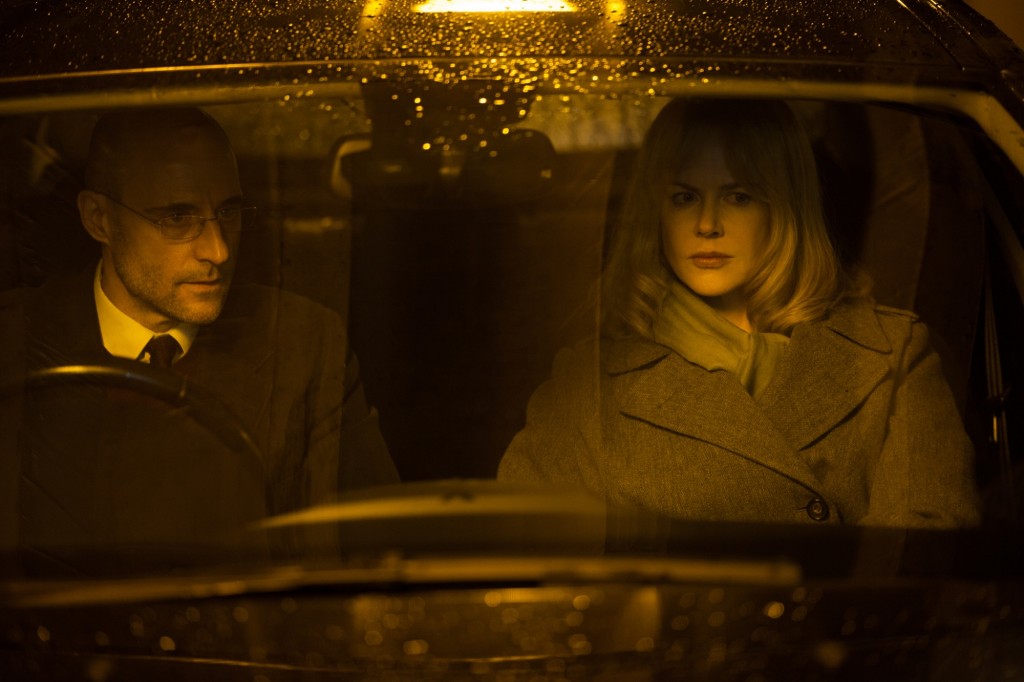 Even the title slide did not make sense.  It is a black, watery image that opens the film.  Odd choice, because water has nothing to do with the plot whatsoever.  It was as if the visual design team decided, “hey, this is cool looking let’s use it.” Rather than have the opening relate to the story.  Oooh, novel concept, right?  Or maybe they thought we would see the watery visage as a Occasionally, in the film, a loud sound would suddenly boom, i.e. as Christine absent-mindedly walks toward her car and boom as a rig speeds by.  It didn’t matter if it didn’t relate to the plot either.

Before I Go to Sleep was an emotionally exhausting film. Kidman’s portrayal of Christine was hysterical and frantic as you would expect for a character in this ordeal, but it was predictable and monotonous.  The highlight, for me, was to see Colin Firth’s dark potential after so many chick flicks (Bridget Jones’ Diary films, Mamma Mia!) and period (The King’s Speech and Girl with a Pearl Earring) films.  I’d expound on this aspect, but you’ll have to see for yourself if you really want to know.  I expected a better payoff for swimming through the emotional succubus that is this film.  Disappointing.