There is no doubt that Kevin Smith belongs in the same bracket as some of the best directors and story tellers of all time. He along with Quentin Tarantino and a few other filmmakers in the early 90s made their own creative films on a very cheap budget and hit success and have continued to make films still to this day. But Kevin’s story is quite the fun one. This is a guy who loves comics and movies who dropped out of film school, worked at a video store and maxed out his credit cards to the tune of $20k to make his first film ‘Clerks‘.

When that debuted, it was met with critical and audience praise and launched Smith’s and his friend-producer’s careers that are making bank today. Kevin is mostly known for his Jay and Silent Bob films such as ‘Mallrats‘, ‘Chasing Amy‘, and ‘Dogma‘. He’s made several other films which have all garnered a cult following and are still enjoyed today. Yes, even ‘Jersey Girl‘, which I happen to love. Needless to say, Smith is known for his dick and fart joke type of humor in his films with a bit of life and lessons thrown in. Over the last few years, he has traveled the world, performing Q&A’s and doing his live podcast with his fellow friends and actors on the road. It is one the top rated if not the top rated podcast ever made. 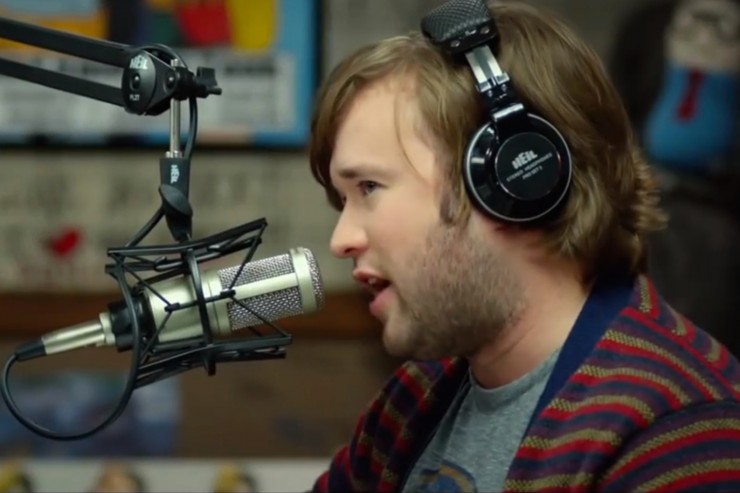 During this time, Kevin branched out from his usual comedy genre and made a straight out action thriller with a movie called ‘Red-State‘, which you can read about HERE. It starred Michael Parks and John Goodman and was loosely based on the Fred Phelps (God Hates Fags) clan out of Topeka, Kansas. It was very different for Smith, both stylistically, visually, and story wise. And he completely owned it and made a successful and entertaining film. Now let’s fast forward a few years later and now we have a new film called ‘Tusk‘ from Kevin Smith who has said publicly that “this is the result in my career where I don’t give a fuck.” And man, does that ring true. I love when a filmmaker has made it and is happy with themselves that they can make anything they want without any interruption from any studio, and that is what Kevin has accomplished.

This film was thought up on one of his podcasts and he just went balls out and made an unrelenting and darkly funny horror film. You’ll laugh, you’ll cry, you’ll climax before the end. The film opens up with Justin Long and Haley Joel Osment (Wallace and Teddy), who are indeed shock-jock podcasters who have made it big. Their shtick is interviewing and looking for crazy and embarrassing people over the internet and talking with them and making fun of them. Needless to say, they aren’t all roses and sunshine. Wallace hears about a kid online known as ‘Kill-Bill kid’ and sets out to Canada to interview him for the show. Once he is there, he is no longer able to interview the kid, but he sees a bulletin board  at a local bar that promises amazing stories, adventures and a free room and board. 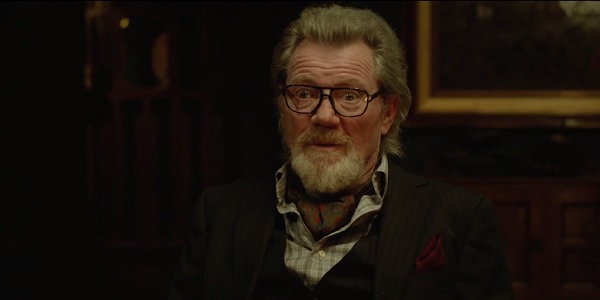 He heads out to the middle of nowhere and to this very nice, large house and is greeted by an elderly man named Howard Howe (Michael Parks). Howard is well spoken and full of great stories from his past that Wallace is just eating up. However, Wallace is knocked out unconscious from the tea he just drank and things get out of hand very fast. Wallace wakes up, not remembering much and is confined to a wheelchair where one of his legs is missing. Thing get a bit scary as Howard might not be the jolly guy he made Wallace think he was. In a funny yet very tense scene, we see what Howard is truly up to as he tells Wallace he made friends with an actual walrus a few decades ago and that he aims to re-connect with his old pal both physically and mentally with his long lost friend through Wallace.

The film sort of plays out in two segments. On one hand, you have Wallace going through some pretty horrific stuff at Howard’s house. And on the other, you have Teddy and his girlfriend Ally (Genesis Rodriguez) out looking for him as he was able to leave both a message before his phone was taken. Teddy and Ally enlist the help of a police detective named Guy Lapointe (Johnny Depp) who is almost unrecognizable in this role, but it quite comedic in nature. But once the big reveal happens mid way through the film, Kevin let’s it all out for everyone to see, as if he’s saying, “Yes, I went there and here’s more.” It’s quite good. My only complaint really is the pacing of the film. It really drags through the second half of the movie, as we see Wallace’s friends and Lapointe looking for him all over Canada. But this is a journey that you should make, because you haven’t seen anything like it before. 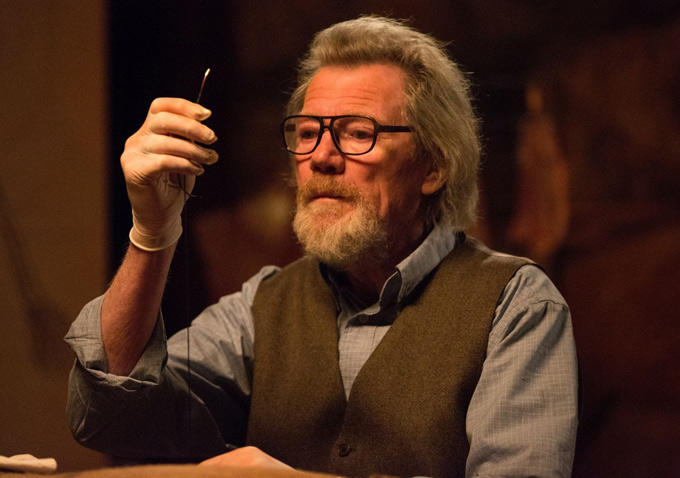 Long, Rodriguez, and Osment are all great in their roles and sell each character perfectly. And Depp is of course perfect under makeup and with an accent as he slips into a new character he can add to his impressive resume. But the movie really shines when Michael Parks is on screen. His character, who we never fully meet, except that we know he is indeed batshit crazy, is played so flawlessly that in one minute you can be terrified at Howard, then the next, be laughing with him. Parks truly deserves some sort of acting award here. As for Smith, you have to hand to him. He made a completely insane film and made it work on almost every level. ‘Tusk‘ won’t be for everyone, but if you’re curious, you might find that you’re glad you bought the ticket and took the ride. And you will no doubt be talking about it for weeks to come.