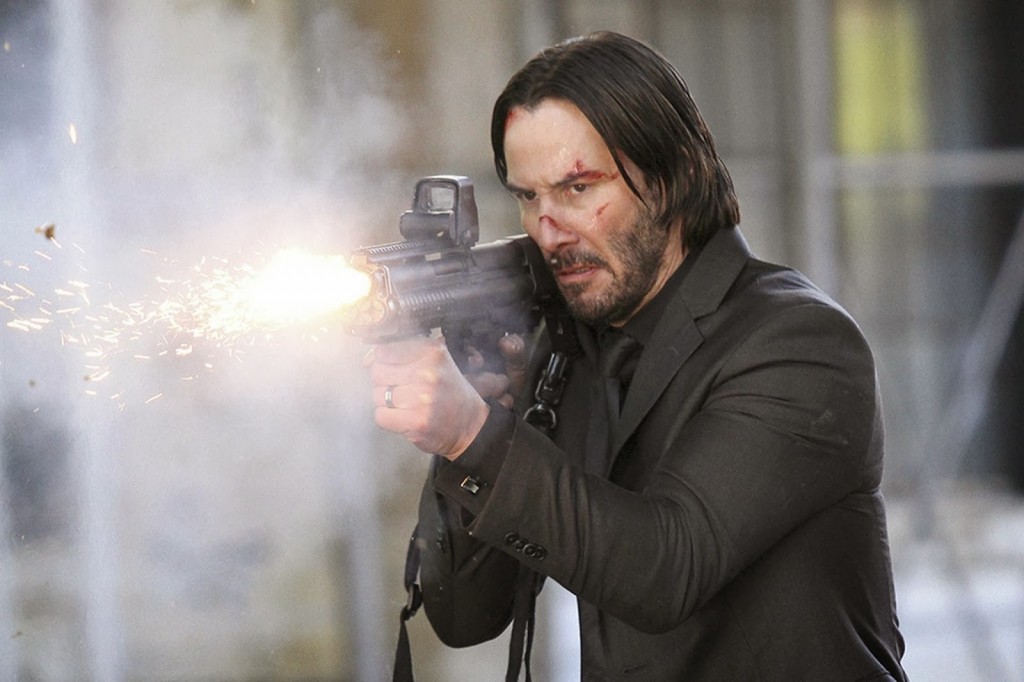 It’s been a long while since we’ve received a balls out action movie that works on every level. Luckily for us, filmmakers Chad Stahelski and David Leitch have concocted one hell of a brutal, fun, and highly entertaining action film, starring the man, the myth, the legend Keanu Reeves. If you’ve been bored with your action movie choices as of lately, don’t worry, ‘John Wick‘ is the ultimate action flick of the year. Sure, it’s a story that you’ve seen many times before, and I’m sure you’ll see many times after this one, but ‘John Wick‘ is filmed so well, has great performances, and is as brutal as you would hope in a gut wrenching action film, that you’ll leave the theater fully satisfied and wanting a ‘John Wick‘ franchise.

I know I did. Life is not good for John Wick (Keanu Reeves), a retired hitman for the Russian mafia who has gone straight, and is leading a normal quiet life with his beautiful wife. Unfortunately, John’s wife tragically dies and is left all alone with his new puppy to help him through this tough time. A few days after his wife’s funeral, some criminals break into his house, steal his car, and make John’s life go from bad to worse. Not knowing who John is, these criminals are in for some severe consequences as the head Russian puts it, “John Wick isn’t the boogeyman, he’s the guy you send to kill the boogeyman.” 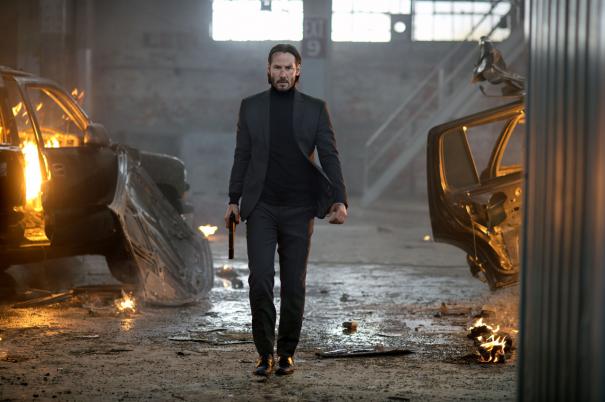 From here, Wick is on a path of destruction as he goes through bad guy after bad guy to kill the people who stole his car and took away the thing that meant most to him. And man, Wick is unrelenting as he is a skilled martial artist and professional gun handler. He can take out any person or obstacle that gets in his way. And the directors do a perfect job of not cutting every three seconds so that we can get a long good glimpse at the excellent fight choreography so we can see the scenes play out and the stuntmen and actors perform their skills.

On top of that, it’s a lot of fun with some great lines of dialogue that will muster up some laughs throughout. ‘John Wick‘ isn’t a silly film by any means though. It’s raw, tough, and has some of the best shot action scenes in a very long time. You’ll feel every hit, shot, and kick full on, leaving you glad you weren’t there in person to get a swift kick to the face.

This movie pulls out all of the stops and is one of the most entertaining action films of recent memory and Keanu Reeves as always is a badass and great on film.