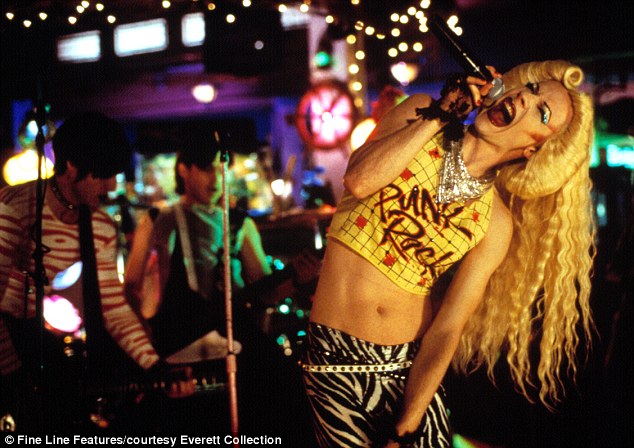 ‘Hedwig and the Angry Inch‘ is a musical that may be new to theater-goers.  Some may have just heard about it when they saw that Neil Patrick Harris got glammed up to play the lead in a revival of the transgendered hit.  Hedwig began in 1998 in an Off-Broadway rendering written and composed by John Cameron Mitchell and Stephen Trask. The pair then took their work to Off-Broadway with Mitchell playing Hedwig and Trask as one of the band members. Not to confuse those of you that are unfamiliar with Hedwig any further, let me give you a run-down. 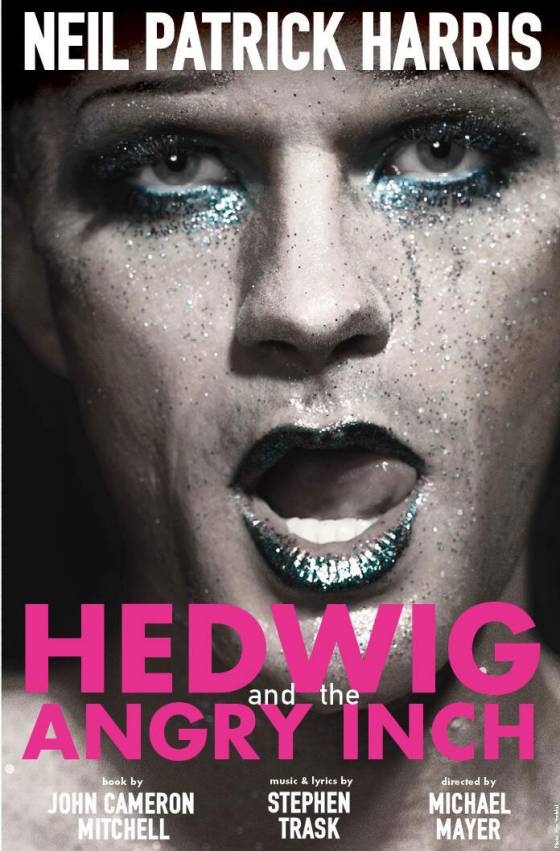 Hedwig, born a boy named Hansel in East Berlin, fell in love with an American GI and underwent a sex-change operation in order to marry him and escape to the West. Things didn’t quite go as planned with either the surgery or the romance. Fast forward several years and Hedwig is leading her rock band on a tour of the U.S., telling her life story through a series of concerts at Bilgewater Inn seafood restaurants. Their tour dates coincide with those of arena rock star Tommy Gnosis, a wide-eyed boy who once loved Hedwig…then stole every song she wrote. Oh, and as for that angry inch? Let’s just say the transgender surgery didn’t quite work out as planned.

The show has toured all corners of the world, but it wasn’t until Neil Patrick Harris donned the glitter that it was revived in the U.S. it has received an Obie Award, and 3 Tony’s for the revival. NPH won for Best Actor in a Musical, co-star Lena Hall received Best Actress in a Musical, as well as Best Revival of a Musical.  The film version won Best Director at the 2001 Sundance Film Festival and was nominated for a Golden Globe. 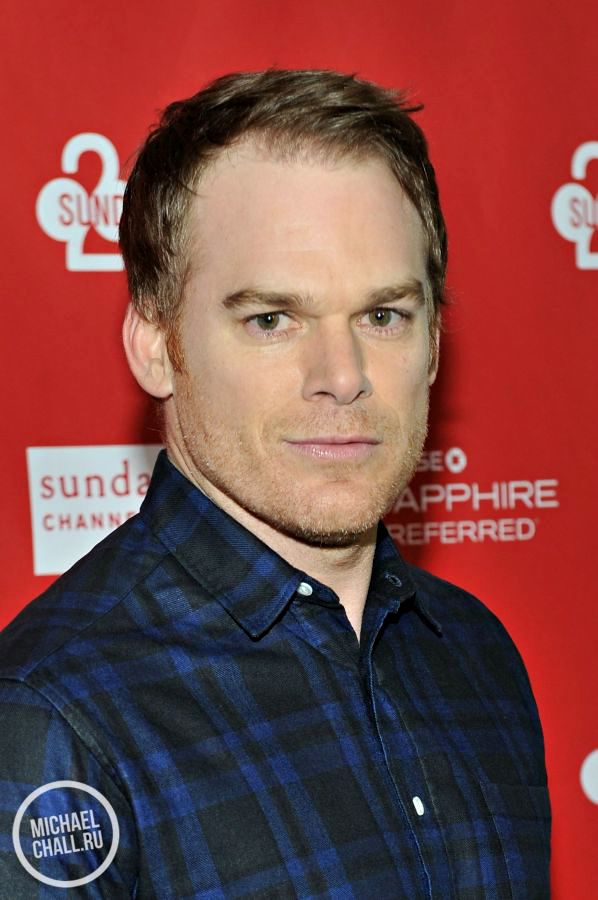 NPH made the underground cult a hit again, but took off his glitter on August 17, 2014. Don’t fear babies, we’re not going to be without a Hedwig anytime soon. Mr. Michael C. Hall is glamming it up Bowie-style for us next, and check him out! His cheekbones were made for some blush!! His leading run begins October 16 and is running through January 4. Andrew Rannells took over from August 20th and will make his final bow on October 12. Tony winner Lena Hall will continue in her role as Yitzhak. While most of think of Hall as Dexter and not a truly musical man, the boy has definitely got some musical roots. He has a wide and varied Broadway resume that includes playing the excellent character of the emcee in ‘Cabaret‘ and the tap-dancing double-talking Billy Flynn in ‘Chicago‘a few years after that.

Speaking of Michael C. Hall, I would be re-miss if I didn’t suggest that you watch ‘Kill Your Darlings‘, It’s a bit of a bio of the beatnik writers, Allen Ginsberg, William Burroughs, Jack Kerouac, Lucien Carr. The tale, ultimately ends in a murder. All based on fact, but it puts Hall in a position to show off his broad-range acting chops. It’s one that will stick with you, too.