‘Friends’ Star All Grown Up And Directing Now!!! 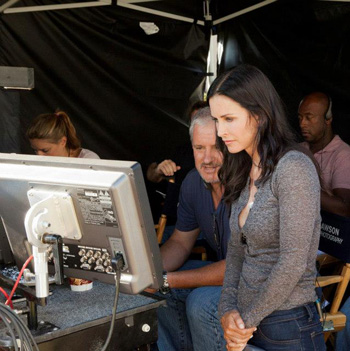 Looks like everyone’s favorite, uptight, clean-freak, cooking ‘Friend(s)‘ is not going to be in front of the camera in her next venture, but Courteney Cox will be making her directorial debut. Starz jumped to the front of the line after seeing ‘Just Before I Go‘ at the Tribeca Film Festival. It’s a dark comedy to be sure, but who wants ‘The Brady Bunch‘ kind of nonsense anymore? Everything needs an edge. Some of my favorite shows are heavy with edge, like eyeliner on a goth chick. ‘Weeds‘, that’s not any type of a normal setup and it’s not all rainbows and unicorn farts. ‘Nurse Jackie‘, who doesn’t love a drug-addicted nurse? 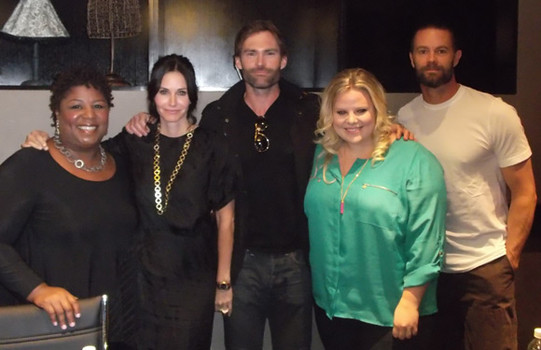 So this flick is going to be something I’m going to at least want to peep out once. On the verge of giving up on life, a guy travels to his hometown to make amends. With a log line like that, there is all kinds of room for some crazy to happen. ‘Cougar Town‘ was an awesome show, that at least proved Cox could bring the funny, now let’s see if she can direct the funny.

The darkly-infused comedy was written by David Flebotte. Then the deal was made with Kevin Kasha, who is head of acquisitions for Starz/Anchor Bay. In addition to Cox’s star-power her name alone lends to the project, there is a nice little collection of who’s who in Hollywood attached to act. Sean William Scott is the leading man that is thinking life has just about given him the last lemon it has left, feeling suicidal, he decides to go back home to make amends before pulling the trigger. As films go, we know his going home is going to bring him some surprises, closure, and some nostalgic nuggets that may end up changing his ultimate plan. Joining Scott, are Rob Riggle, Kate Walsh, David Arquette and Cleo King.