I can remember something specific about most movies I see. I remember being in high school when the first ‘Bad Boys‘ film came out. The biggest thing that sticks out in my mind though, is how freaking HOT Will Smith looked when he was running down the road and his shirt flew open and showed off his chest and abs, which looked marvelous! This is what stays in my mind when I hear the movie name. My kids are even aware that I have a favorite scene in the movie and which scene it is, and even why, much to their chagrin. 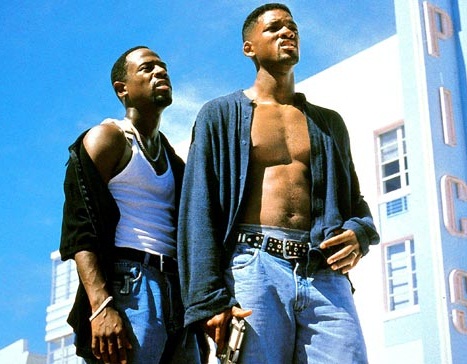 I grew up on the buddy-cop film genre, my favorites being Shane Black’s fantastic ‘Lethal Weapon‘ series. I was more than happy to add Michael Bay’s answer to the genre with partners that are in opposites points in life. You’ve got Martin Lawrence as Marcus, the family man that’s under his wife’s acrylic topped thumb. Then Smith as Mike Lowry, the sex-on-a-stick ladies man with the hot car and trust fund that’s made him behave like he’s got something to prove.

The films were fun and full of gratuitous explosions. This is the one area, where Michael Bay shines as a filmmaker. This is also the venue that’s appropriate for Bay’s explosive tendencies. So we had the first one in 95, the sequel bowed in 2003, and now Martin Lawrence gave us fans some welcome news. Lawrence appeared on Conan O’Brien Wednesday night, and had this to say about a third installment: “I just talked to Jerry Bruckheimer yesterday. He said it’s real. They’re working on the script. They’re getting close. It all looks good.” Bruckheimer has produced so many films that are part of our current pop culture collection, including the first ‘Bad Boys‘ films and some of the most iconic films from the 80’s and 90’s and still going strong with hits from today. ‘American Gigolo’, ‘Flashdance’, ‘Top Gun’, ‘Days of Thunder’, ‘Pirates of the Caribbean’ and a lot of TV series are successes thanks to his experience. 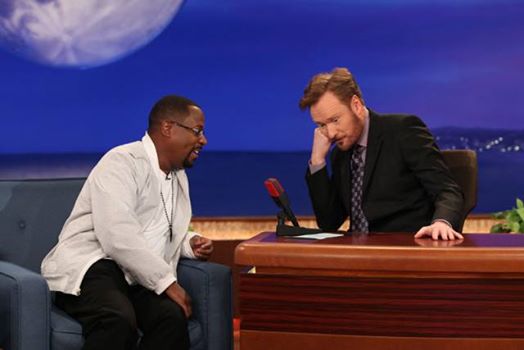 Looks like Sony hired David Guggenheim in December of 2013 to write the script, but this isn’t the first news for ‘Bad Boys 3‘ readying a script, there has been word of it since 2009. As of next year, it will have been 20 years since the first film released. There is certainly a large gap of time to produce only 2 films and possibly a third.I hope that Bay can come back to direct the last chapter of a series that gave him the reputation for explosions.

I think it’s entirely likely the film will come to fruition mainly since it does have a solid payday attached to it in the form of a proven cast and production company, will it feel the same? I hope we have an excellent film full of the action, wit and  awesome, ass-kicking skills  that made this an excellent film in the first place. Please, please, PLEASE don’t take this film the route of ‘Lethal Weapon 4‘ though. I don’t want to see them get their butts handed to them all throughout the movie only for some inner-strength to be all that saves them in the end. Keep the guys at the top of their game. Maybe an arthritis joke now and then, but that’s about it. I could handle a shirtless Will Smith a little more often in this film if anyone’s listening.