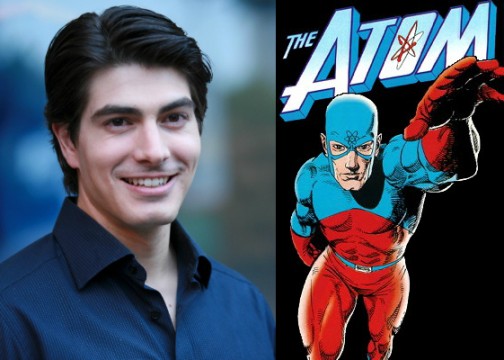 In the gigantic pantheon superheroes and villains, there are so many awesome characters it’s hard to narrow it down to even a top 5!  It’s like the Lay’s commercial slightly altered, “Bet you can’t like JUST one!” Those of you that follow superheroes are going to either be pleasantly surprised or pissed as hell that Brandon Routh (Yes, from ‘Superman Returns‘) has now joined the cast of the CW‘s superhero drama ‘Arrow‘ as this season’s main recurring guest star. He will play Ray Palmer, a scientist and inventor who will play an unexpected role in the lives of Oliver Queen and Felicity Smoak as the new owner of Queen Consolidated.We are told the deal will span 14 episodes, and that he will be a love interest for Felicity.

If anyone is keeping tabs on the comic book characters Routh has been playing that’s a pretty high number. So far it looks like he’s played a role in 4 different films or series. We all know he was in Bryan Singer’s ‘Superman Returns’ as Superman. We also know he was in ‘Dylan Dog‘ which is a Dark Horse produced comic. One role people tend to forget about is he was Evil Ex #3 in ‘Scott Pilgrim Vs. The World‘ that comic was produced originally by Oni Press then reproduced by Harper Collins.

Routh also did the voice of Everywhere Man in an episode of the animated series, ‘The Batman‘. He is in astounding company in doing a voice for that series. There are multiple Oscar winners that are on that list with him. Then we add his role in ‘Arrow‘ and I think he can call himself a Professional Superhero for a living. He’s got the looks, and probably some tights somewhere. I’d be willing to risk life and limb if he would come save me! Watch for ‘Arrow‘ to begin their new season on October 8!