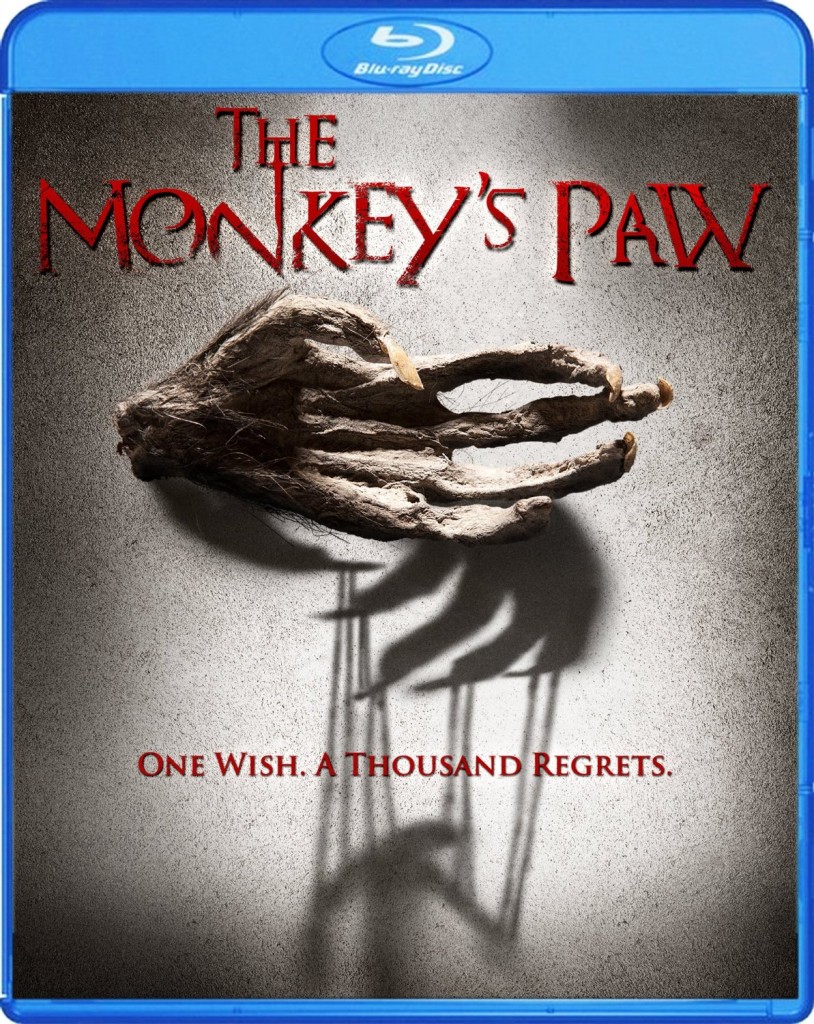 ‘The Monkey’s Paw‘ is a tale old as time. Back in 1902, author W.W. Jacobs wrote a short story about a family receiving a dried up monkey’s paw where it supposedly granted three wishes. Though each wish was granted, they caused dire consequences for those who used the monkey’s paw. Since 1902, there have been many interpretations and adaptations on Jacobs’s story. Whether it be films, musicals, operas, or even the famous ‘Simpsons‘ episode ‘Treehouse of Horror II‘, this story has been heard or seen by everyone at some point in time.

That’s where director Brett Simmons enters the picture in 2013 and made his version of the story with actor/writer Macon Blair (‘Blue Ruin‘). The two create a very good set up with some decent dialogue and a few moments of bloody gore. But instead of staying true to the nature of the story, which is basically “not getting in the way of fate or changing its outcome”, this version plays out more like a one-man zombie film, although Simmons would fight you on that conclusion till the end. That being said, this rendition of the classic horror tale is entertaining enough for horror movie fans, but lacks the freshness and originality to stick with you longer than 24 hours.

C.J. Thomason plays a young man named Jake Tilton, who just gets by at his warehouse job where his boss married his ex-girlfriend. Jake lets people walk all over him, and there really isn’t a good or redeeming quality to him other than the fact that he’s not a complete jerk. His character is not special nor does he possess any skill set to make him the film’s hero, but alas, he is. Luckily, he has a small group of friends who stick by his side including an older gentleman named Tony Cobb (Stephen Lang, the bad guy from ‘Avatar‘). Jake is fired from his job and heads to the bar where his friends try to console him.

One of his friends gives him ‘The Monkey’s Paw‘ and explains that the owner of the paw has three wishes. His friend also tells him that he has had this paw for quite some time, but has never used it because his grandfather used it and caused the family tons of problems. But down-on-his-luck Jake thinks that won’t apply to him and makes a wish that just doesn’t make sense, which is to own a hot, fast muscle car. Soon enough, a hot, fast muscle car is out in the bar parking lot with the keys in it, and Jake and Tony test it out only to have the car crash and Tony killed. But wait, Jake has two more wishes, and uses one of them to wish for his friend Tony to come back, which he does.

But Tony is now a mean son-of-a-bitch zombie monster who wants the last wish from ‘The Monkey’s Paw‘ to be his own. Unfortunately, the horrific artifact was lost in the confusion of the car accident, but that doesn’t stop Tony from looking for it, as he goes on a crazy murder spree, killing people close to Jake in order to get his wish. It sounds like a lot of fun, but due to some of Simmons’s camerawork, there are far too many instances where we are about to get a great kill scene, when the camera cuts to black and we hit up the next scene.

It’s a big tease and takes you out of the whole horror element, which is strange, because this is indeed a horror film. Why not show all of the blood and guts? Sure there are a few examples of some blood, but they are few and far between. And the fact that our main hero is more or less a loser who we don’t root for, also keeps our interest from peaking. But in the grand scheme of things, ‘The Monkey’s Paw‘ is fun, but multiple viewings might be a problem.

‘The Monkey’s Paw’ comes with an okay 1080p HD transfer and is presented in 1.78:1 aspect ratio. And I say okay, because a lot of the film is shot in a dark tone and mostly has a very soft image. However, when there are brighter lit scenes, the detail and colors stand out more. But most of the time, the image is a but fuzzy with bad shadow detail. When the scene is lit up though, we can see great closeups that reveal fine textures and individual hairs on the actor’s faces. Colors also pop-off screen when the scene is well lit, but when it’s not, it’s sometimes difficult to make out what is what, providing very little depth. There were a few instances of some aliasing and video noise too, making this video presentation just passable.

This release comes with a lossless DTS-HD  5.1 audio mix and for what it is, the sound is good. However, this is a little too front-heavy for my liking, given that this is a fun horror film. The mix could have benefitted from some robust surround sounds in the effects department to give it that extra creepy feel. That being said, the dialogue is always crystal clear and easy to understand. It’s free of any pops, cracks, or hissing. The sound effects sound good, but again, tend to only keep to the front two speakers, rarely emitting anything from the rears. The score and music is solid and adds to the tone of the film, while never drowning out any of the dialogue of sound effects. The LFE is good and the dynamic range is wide, leaving this audio presentation with solid marks. 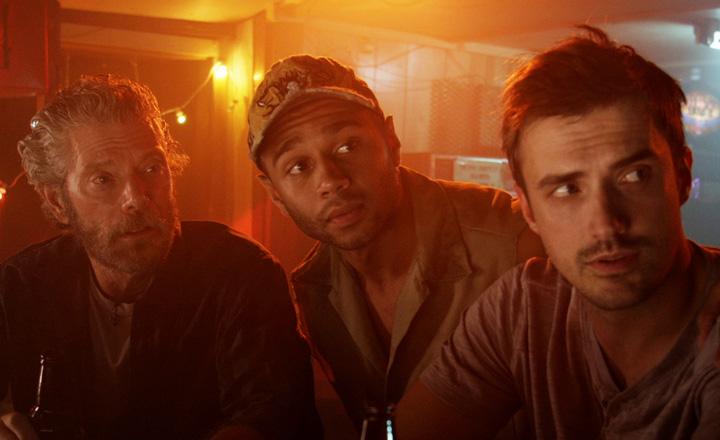 Audio Commentary – Here we have director Brett Simmons, cinematographer Scott Winig, and actor C.J. Thomason sitting in on a commentary track as they discuss the making of the movie. They all have a good time with each other and go back and forth from talking about some of the more technical aspects of the film and some fun  stories that happened on set. And by no means does Simmons think this is a zombie movie. Worth the listen.

Making ‘The Monkey’s Paw’ (HD, 5 mins.) – Here is a standard promo reel for the film with interviews with the cast and crew interspersed with clips from the movie.

‘The Monkey’s Paw’ is a story you have seen a hundred times in some form or fashion. And Macon’s script is pretty satisfying, although some of the filming and dialogue doesn’t thrill. But if you’re a horror fan, you’ll want to see this at least once. With a less-than-average video presentation, a decent audio mix, and a sub-par bonus feature section, I’d either wait till this release is in the bargain bin or rent before owning.