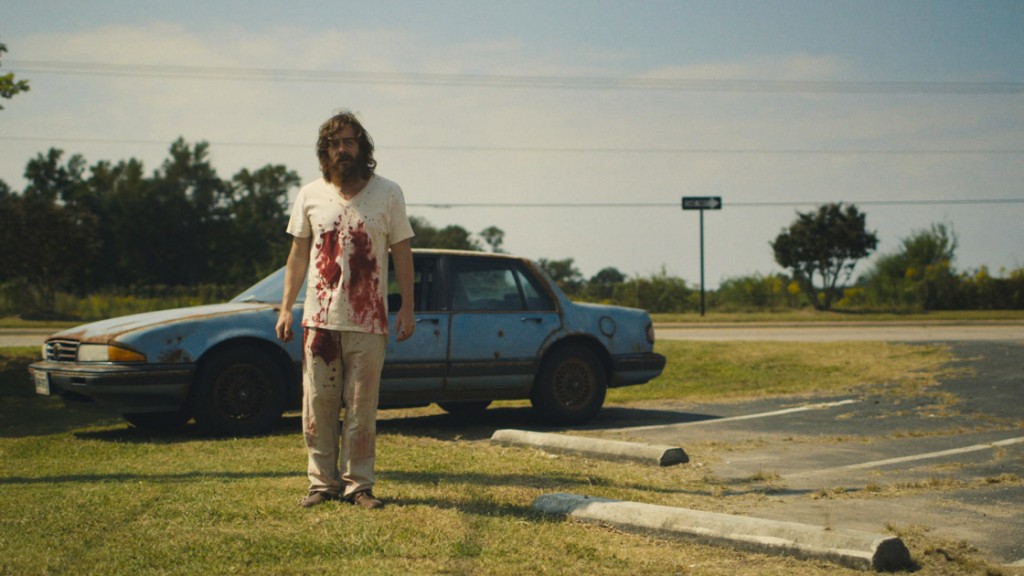 I had no idea what to expect from ‘Blue Ruin‘, other than it played well at previous film festivals over the past year. I’m here to tell you that this very dark mix of comedy and violence is one of the better films to come out this year. Director/writer Jeremy Saulnier has concocted a brilliant and suspenseful script and never makes us choose to like out main character Dwight (brilliantly played by Macon Blair). This is Saulnier’s second feature film he’s directed and is what most directors would hope to accomplish with there sophomoric effort. ‘Blue Ruin‘ is a southern style revenge tale that will make a lasting impression for years to come and will make you think twice about exacting revenge on someone.

We first see Dwight in an old beat up Pontiac (hence the title ‘Blue Ruin‘), which he calls his home. Dwight is a 30 something homeless guy who hasn’t shaved in years, collects trash on the beach in Virginia, eats out of dumpsters, and sneaks into homes to bathe when nobody is around. He is picked up by a police officer who seems to know him and tells him he’s not in trouble but that someone he knows is being released from prison, which sends Dwight into a severe panic. It’s so severe that he steals a truck and gun fairly easily and tracks down this guy very quickly and surprises and kills this man who was serving a sentence for double murder for the past twenty years. 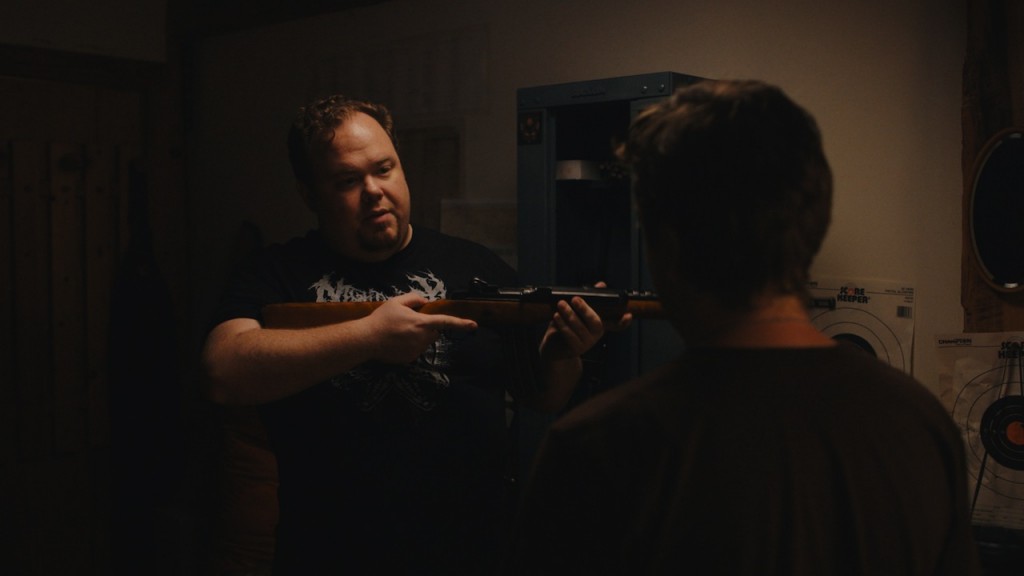 After Dwight does this deed, he retreats to a suburban home of his sister Sam (Amy Hargreaves) to await some sort of consequence and clean himself up by going from a homeless man to clean shaven and preppy. After noticing that there is no mention of this murder on the news, which took place in a public place, he realizes that his victim’s family wants some sort of double revenge, soon enough Dwight manages to capture someone in the trunk of his car and get shot with an arrow in his leg. By no means is Dwight skilled in any way, shape, or form in killing or exacting revenge on people, and this plays out in a dark comedic manner, specifically when he is stalking to his prisoner in the trunk of his car.

As this is going on, Dwight begins to realize that the man he killed might not be the person who killed his parents all those years ago, but it looks like this family wants to still finish the job on Dwight by any means necessary. Since Dwight is so unskilled in the form of any sort of combat, he heads off to see an old high-school friend named Ben (Devin Ratray. Ratray played Buzz in the ‘Home Alone‘ films.) Ben is a big boy who knows tons about guns and has a stacked arsenal full of weapons. You can see that he still cares for his friend Dwight, but Dwight knows he isn’t that person anymore and can’t be a friend to anyone. 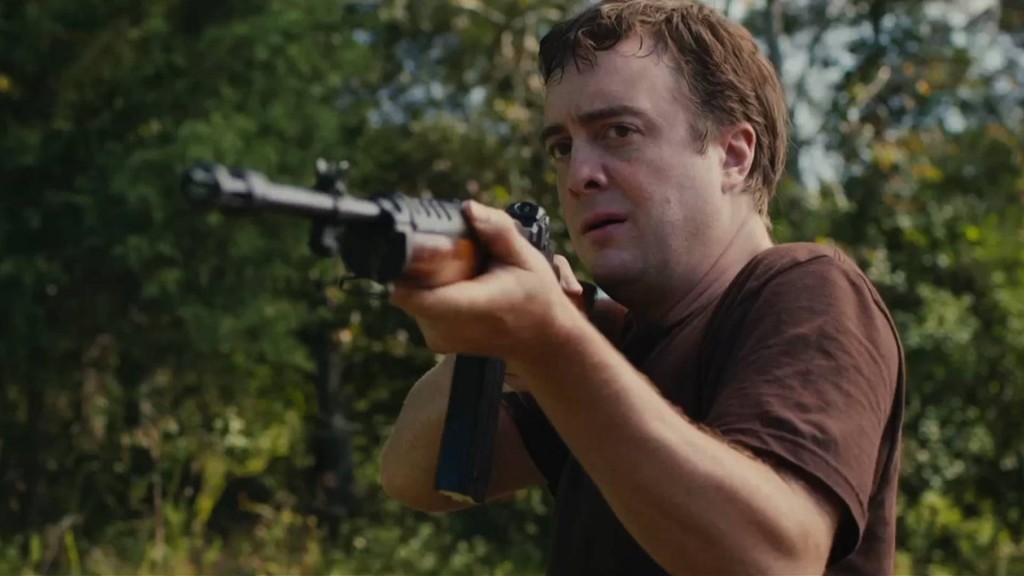 It’s actually kind of sad to watch, as you know that Dwight’s life isn’t exactly going anywhere. It all boils down to a standoff between Dwight and several of the family members with a bunch of guns so that everyone can get their so-called justice. Saulnier uses his camera to capture the full environment, never letting us escape through fast edits to see how he builds the suspense with Dwight. It’s quite affecting. Macon Blair is excellent in this role and never loses his cool. He is always calm and collected and we literally feel his intense pain when he tries to pull the arrow from his leg. It’s excruciating to watch. Ratray is perfect here and I want to see him in more films.

Saulnier has given us a brilliantly dark film with an anti-hero who we are supposed to like, but can’t fully come to respect because of his actions. But we can respect him that he is willing to carry this plot out and see its finish no matter what. You can put ‘Blue Ruin‘ at the top of the list of revenge flicks and feel good about it.