Netflix is Bringing Back ‘The Magic School Bus’!! 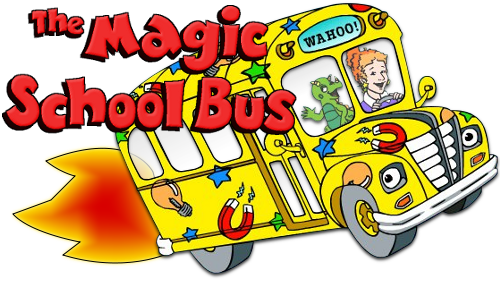 Scholastic Media and Netflix are teaming up to bring a new and modern version of the hit 1990’s kids TV series ‘The Magic School Bus‘. This new version will be a CG animated series and will be called ‘The Magic School Bus 360°‘. Just like the original show, it will focus on science and technology lessons for school-aged children.

This series was based off a book series by Joanna Cole and Bruce Degan and it even won an Emmy for Lily Tomlin who voices the bus driver Ms. Frizzle. Netflix so far has ordered 26 episodes and is set to be available in 2016, so we have quite a while before we are journeying with the school bus again. But, it will happen.

“Scholastic Media is a powerhouse creator and producer of top-quality programming for kids and families and its flagship series like The Magic School Bus, Clifford The Big Red Dog and Goosebumps have been huge hits on Netflix in all our territories,” said Ted Sarandos, Chief Content Officer of Netflix. “We’re thrilled to expand our relationships and to be the first-run home of The Magic School Bus 360°, introducing a whole new generation to Ms. Frizzle and her high jinks.”

I’m sure this was greenlit after seeing how well the ‘Reading Rainbow‘ Kickstarter campaign did. I’m sure a new generation will love these stories and lessons.