Kingpin Has Been Cast in Netflix’s ‘Daredevil’ TV Serial!! 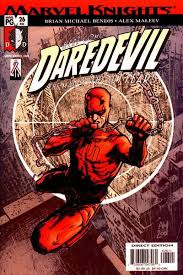 What do you do when a Marvel movie flops with a more deafening thud than Crystal Pepsi? You re-tool it, sell it to Netflix where it becomes an episodic challenge. Where the feature film had big budgets and big stars to it’s credit, this series is going to attempt to make more out of less. Daredevil fans everywhere will have an opinion on what they expect from the new show. My expectations for this show is that it NOT suck. Not asking much, just the lack of major suckage. 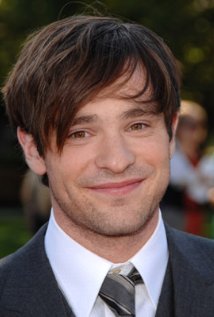 We learned Charlie Cox will star as Matt Murdock/Daredevil. The one big notable credit in Cox’s acting history is a 20 some odd episode run in the HBO hit ‘Boardwalk Empire‘. The next player in this series that’s been added is ‘Law & Order: Criminal Intent‘ alum Vincent D’Onofrio. D’Onofrio is truly a veteran in the acting world. He takes a role and makes it his own. How could you forget him as Pvt. ‘Gomer Pyle’ from the Stanley Kubrick masterpiece ‘Full Metal Jacket‘, or as Edgar in 1997 ‘Men in Black‘? 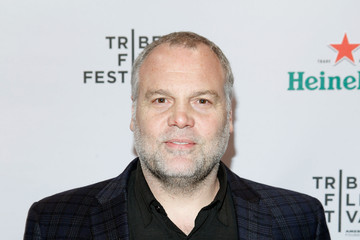 The series, ordered for 13-episodes from Netflix sets D’Onofrio up to play Wilson Fisk, aka super-villain The Kingpin, a powerful businessman whose interested in the future of Hell’s Kitchen will bring him into conflict with the blind attorney Matt Murdock and his alter ego Daredevil. The series is set to premiere in 2015 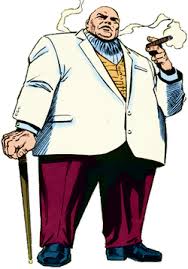 The film of the same name from 2003 gave a very poor showing at box offices world-wide and was opened to a lot of ridicule based on Ben Affleck’s portrayal of DD. This is also where a lot of the flack is coming from when conversation drifts to the new Superman Batman movie with Affleck taking on the cowled crusader, Batman. In most fan minds, you get a shot at one superhero in your lifetime, if you screw it up, that’s it. You don’t hand over one of the most beloved superheroes for him to give it another shot with. The ‘Daredevil‘ series was written by exec producer Drew Goddard with Steven S. DeKnight recently hired as executive producer/showrunner. DD is also the first of four 13-episode superhero series set in Hell’s Kitchen neighborhood of New York City which Marvel is producing directly for Netflix. Next for episodic treatment are ‘Jessica Jones’, ‘Iron Fist’ and ‘Luke Cage’. The plan is for characters from each show to come together for an Avengers-type superhero teaming up in a way that will tie up loose ends for the individual series.

If it’s at all possible, please make this the kick-assiest of all kick-ass Daredevil attempts and hold the suck.