Enjoy This New Trailer and Poster for ‘Dumb and Dumber To’! 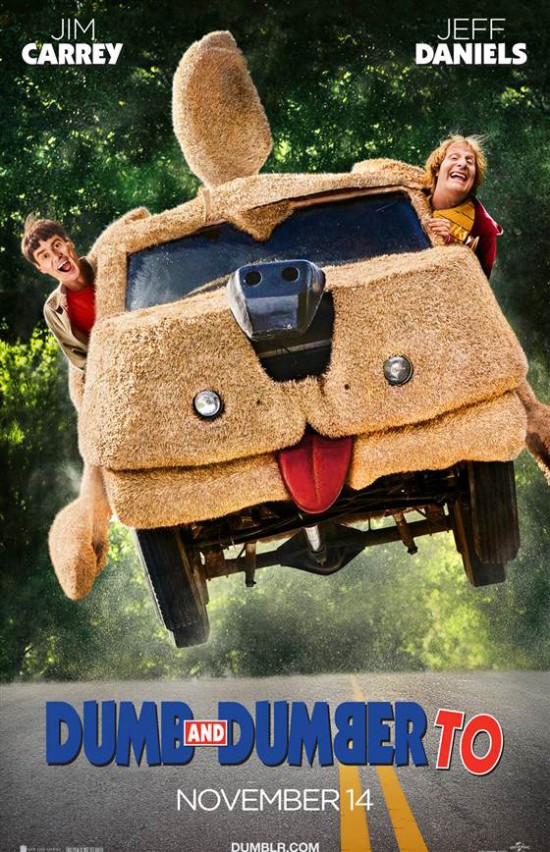 New Line Cinema has just released a new trailer and poster for ‘Dumb and Dumber To‘, the sequel to the iconic 1994 comedy that starred Jim Carrey and Jeff Daniels. This project has been in the works for several years, and has had an on-again-off-again run in Hollywood. But, things are in full motion now and yes, we will have a ‘Dumb and Dumber‘ sequel this year.

Kathleen Turner, Laurie Holden, Rob Riggle are also a part of the sequel along with Cam Neely (Sea Bass) and Brady Bluhm (Billy in 4C) will also reprise their characters. The official synopsis reads: ‘Jim Carrey and Jeff Daniels reprise their signature roles as Lloyd and Harry in the sequel to the smash hit that took the physical comedy and kicked it in the nuts: Dumb and Dumber To. The original film’s directors, Peter and Bobby Farrelly, take Lloyd and Harry on a road trip to find a child Harry never knew he had and the responsibility neither should ever, ever be given.’