Check Out This Phenomenal Trailer for ‘No Good Deed’, Starring a Terrifying Idris Elba!! 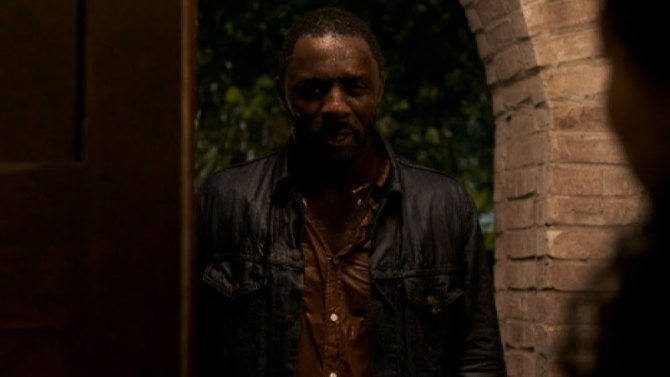 Good gravy, man, this film looks so intense that I might have to cover my eyes through most of it. And I know we all love Idris Elba. He has  been excellent in everything has has said “yes” to in the past decade including playing Stringer Bell in HBO’s ‘The Wire‘, ‘Luther‘, Nelson Mandela, and ‘Pacific Rim‘. The guy has an epic level of charisma. But in this new film ‘No Good Deed‘, he is SCARY-AS-HELL!

Officialy Synopsis: A wife and mother of two, lives an ideal life that takes a turn when her family is threatened by a stranger who talks his way into her house, claiming car trouble. The unexpected invitation leaves her terrorized and fighting for survival.

Sam Miller will be directing, which he has directed quite a few episodes of ‘Luther‘, which Elba stars in. Here, Elba is extremely menacing and evil, who breaks out of prison and wanders into the house of Taraji P. Henson. It’s great to see her fight him back throughout this trailer. This movie comes out September 12th, and I can’t wait.