The SyFy Network Is Bringing Us Zombies From the ‘Sharknado’ Creators!! 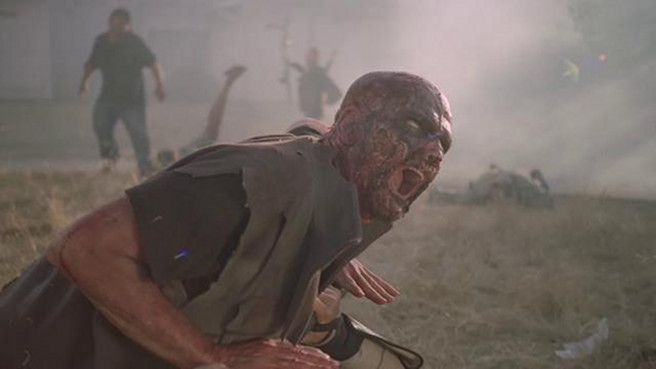 If you’ve read my articles before, you know I am vehemently against cookie-cutter TV and movies. If the idea has been done, I can tolerate a few re-imaginings on it, but I need variety. Too much of the same topic and I tune out. This has been the way with the latest craze of zombies. I’ve seen zombies on everything. TV, movies, gun targets, video games, music videos, cartoons, Rob Zombie, drinks, 5k’s…you name it. It’s safe to say, the zombie genre has been done to death, unfortunately, that death has been re-animated and come back a million different ways. Zombies are not only horror-genre material, anymore. There have been zombie romances, animated zombies and zombie comedies.

When I hear of another zombie show, I roll my eyes and don’t give it another thought. SyFy is the latest perpetrator of zombie over-kill. ‘Z Nation‘ has been announced as a 13-episode series from Asylum. This is the same company behind the horror franchise ‘Sharknado‘. FYI, ‘Sharknado‘ and other obvious schlock dreck NEVER gets old. Keep coming at me with that, SyFy. 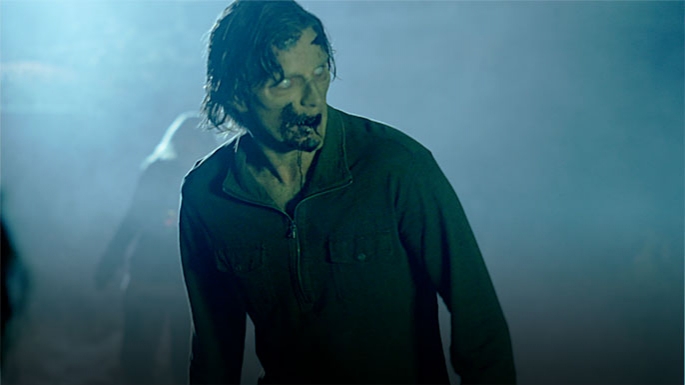 ‘Z Nation‘ is set three years after the zombie virus has gutted the country, and a team of everyday heroes must transport the only known survivor of the plague from New York to California, where the last functioning viral lab waits for his blood. Although the antibodies he carries are the world’s last, best hope for a vaccine, he hides a dark secret that threatens them all. With humankind’s survival at stake, the ragtag band embarks on a journey of survival across three thousand miles of rusted-out post-apocalyptic America.  “Z Nation is a unique new journey into the long established zombie genre,” said SyFy SVP Chris Regina. “Instead of existential despair, the series offers hope that somehow, some way, humanity will not only survive, but triumph. Our everyday heroes take the fight to the zombies.”

AMC set the bar for undead-entertainment fairly high with their perennial hit ‘The Walking Dead‘, and ‘Z Nation’ is only the latest culprit attempting to re-formulate that screen magic. Other attempts are from A&E with ‘The Returned‘, The CW threw their hat in the ring with iZombie, and NBC is working on ‘Babylon Fields‘. The success found with last year’s novel adaptation ‘World War Z‘ has reignited the quest for more intellectual prostitute fare and I’m sure this will not be the last foray into the genre.