Writer/Director Sara Colangelo’s film Little Accidents delivers an emotionally searing story delivered by a talented cast whose performances will leave you in your seat after the film ends. DIFF enabled viewers to watch the film about a tragic coal-mining accident and the effects its aftermath has on members of a small community. Colangelo does not shy away from the themes of class conflict, tense family dynamics or the need to protect the ones you love, regardless of the cost.

Amos (Boyd Holbrook), is the only survivor of a mining accident that left ten of his coworkers dead. Town members are divided about an upcoming lawsuit to determine blame for the accident. There could be huge settlements if the accident was caused by negligent management. However, if the mine closes down, many people would lose jobs and benefits. Amos is being pulled in both directions for his testimony. He is exhausted and injured and simply wants to go on with his life.

Amos is not the only person haunted by demons from the coal mining accident. Owen, (Jacob Lofland) lost his father and is trying to adjust to being the man of the house. He is helping his mom take care of his younger brother who has down syndrome. Owen is being showered with gifts from his mother (Chloe Sevigny) in an attempt to help them feel better. Owen, simply wants to fit in with the other boys in school and feel like part of the crowd. 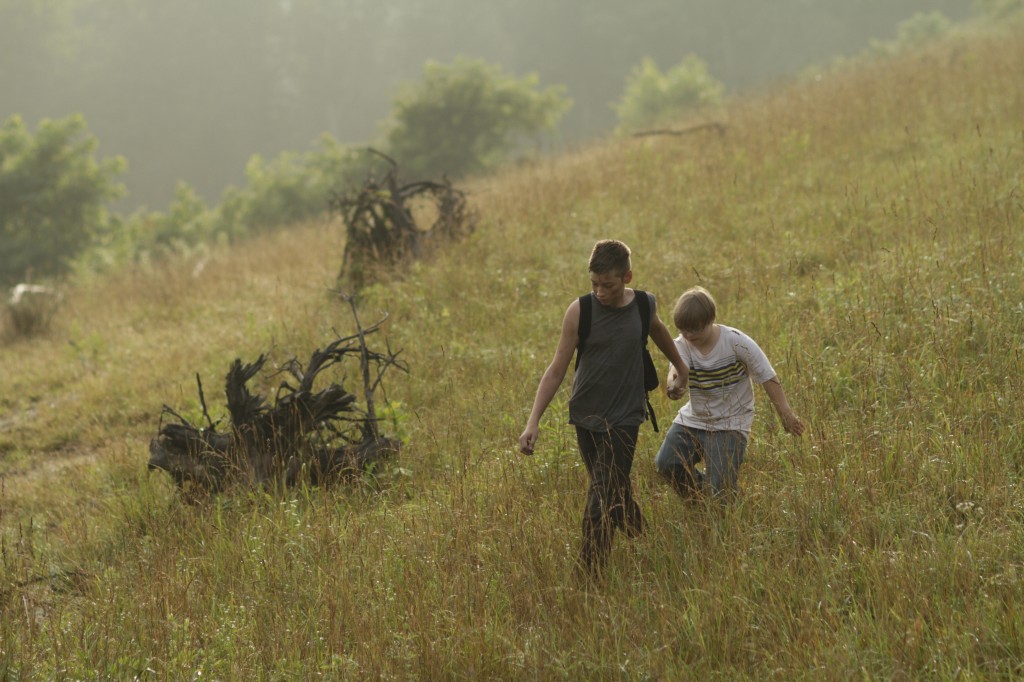 Owen is an outsider and his attempts at being part of the group are continually rebuffed by JT, the son of one of the mill’s managers, Billy Doyle (Josh Lucas), who is being accused of causing the accident. JT, Billy and his wife Diana (Elizabeth Banks) are also trying to adjust to their new status as they face whispers, rumors and tension from town folks.

When Owen and JT have a fight in the woods, everyone is thrown together to face their own demons and move forward to set themselves free. Little Accidents is not a fast-paced film. It is a character-driven film that showcases the talents of its leads. Colangelo explores grief and fear. Neither Banks nor Holbrook shy away from revealing the depths of their character’s pain or longing.

Lofland shows his acting caliber last year in MUD and he continues to prove that he is a young talent to be reckoned with. Little Accidents is not a perfect movie. It has a few flaws and could have been expanded in certain areas. It is, however, a film that will benefit from positive word of mouth and audience feedback. It is a small movie with a big message and a perfect fit for the Dallas International Film Festival.