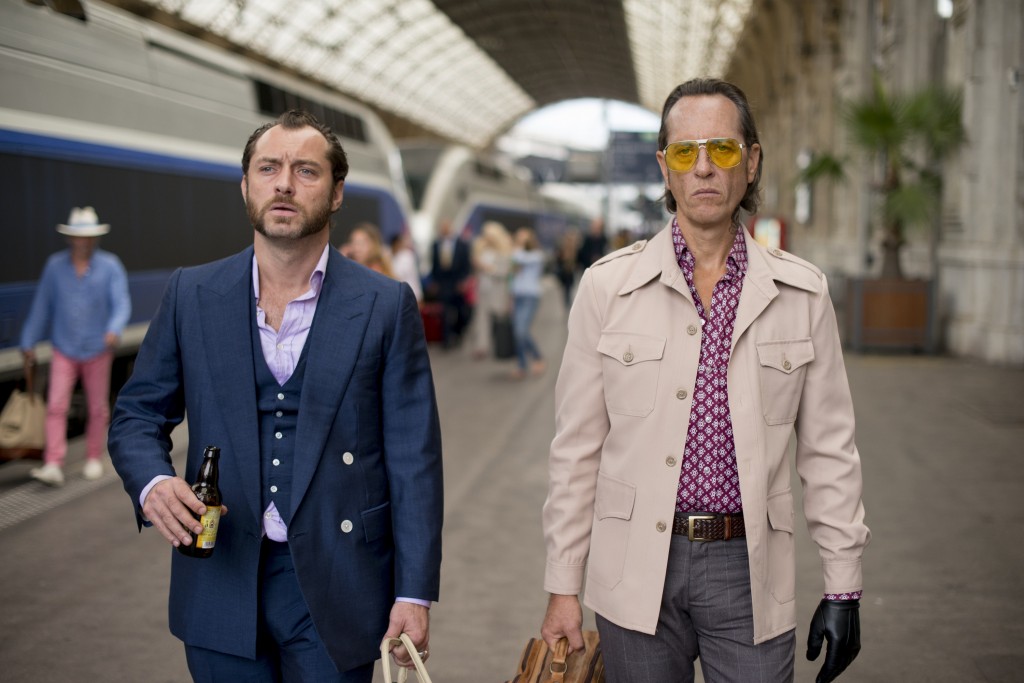 It’s very rare when I know two minutes into a film that it is going to be simply amazing. Well, ‘Dom Hemingway‘ is one of those rare moments. As I sat in the theater not knowing really anything about the film other than that Jude Law was in it and that director Richard Shepard (‘The Matador‘, ‘Girls‘) made the film, I turned to my friend ReelVixen two minutes in, and whispered, ‘This movie is fucking AWESOME!” And through the next 93 minutes, that statement rang true for every second of film. I can easily say that ‘Dom Hemingway‘ is one of my favorite films of the year and I can easily see myself watching this hilarious and fun gangster movie once a week for the rest of my life.

If you took the best parts of ‘Snatch‘ and ‘Trainspotting‘, then you would have ‘Dom Hemingway‘, but with a little more heart and soul. And I’ve been a big fan of Jude Law for many years, but I’ve never seen him play a role like this. He really gave it his all and lost himself in the title character, Dom. Law mixed Tom Hardy’s Bronson character with Leo Dicaprio’s Jordon Belfort character from ‘The Wolf of Wall-Street‘, with a pinch of Danny Ocean from ‘Ocean’s 11‘ to create Dom, and the results are as fun watching the film as I imagine Law had playing the character. Shepard’s script is brilliantly smart, funny, witty, and all the right kinds of cool. I just hope you have as much fun as I did with the film. 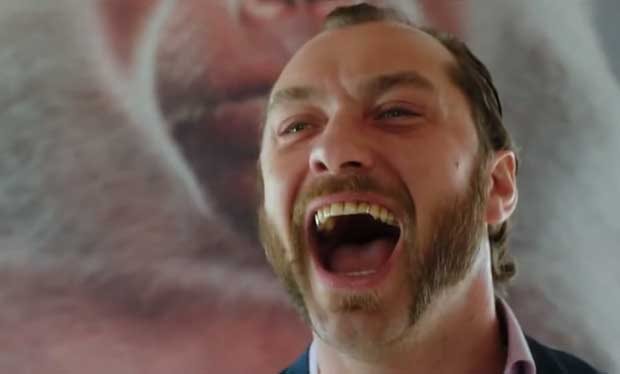 ‘Dom Hemingway‘ opens up with Dom (Law) giving one of the best if not the very best opening monologue in cinema history as he describes in great comedic detail how amazing his downstairs member is. Dom is in prison, serving a good amount of time for a crime he committed several years ago. Turns out that Dom is a pretty successful safe cracker and thief, who worked for Mr. Fontaine (Demian Bichir) along with his right-hand man and best friend Dickie Black (Richard E. Grant), who is excellent in this film – costumes and all.

Once out of prison, Dom sets out on an epic bender full of drugs, alcohol, and hookers. I guess he had to make up for lost time in the can all in one night, which he most certainly did. But the task at hand is to travel to Mr. Fontaine’s estate and get his deserved money and bonus for the several big jobs he did before he got thrown in prison, with a possibility of hoping right back on the safe-cracking bandwagon. After an accident leaves a couple dead, but Dom and Dickie alive, they rush back to the estate to find that Mr. Fontaine’s girlfriend taking off with all of Dom’s money.

This sets in motion a series of events that has Dom tracking down this woman and trying to find work, which proves more difficult that he expected due to his outrageous behavior. Meanwhile, we find out that Dom had a family before he landed himself in prison. He was married to a beautiful woman who died while he was incarcerated and now his daughter Evelyn (Emilia Clarke from ‘Game of Thrones‘) is grown up and has a family of her own. But Evelyn is not to keen on her father, as he has been away for most of her life and doesn’t even call him dad, but rather Dom. 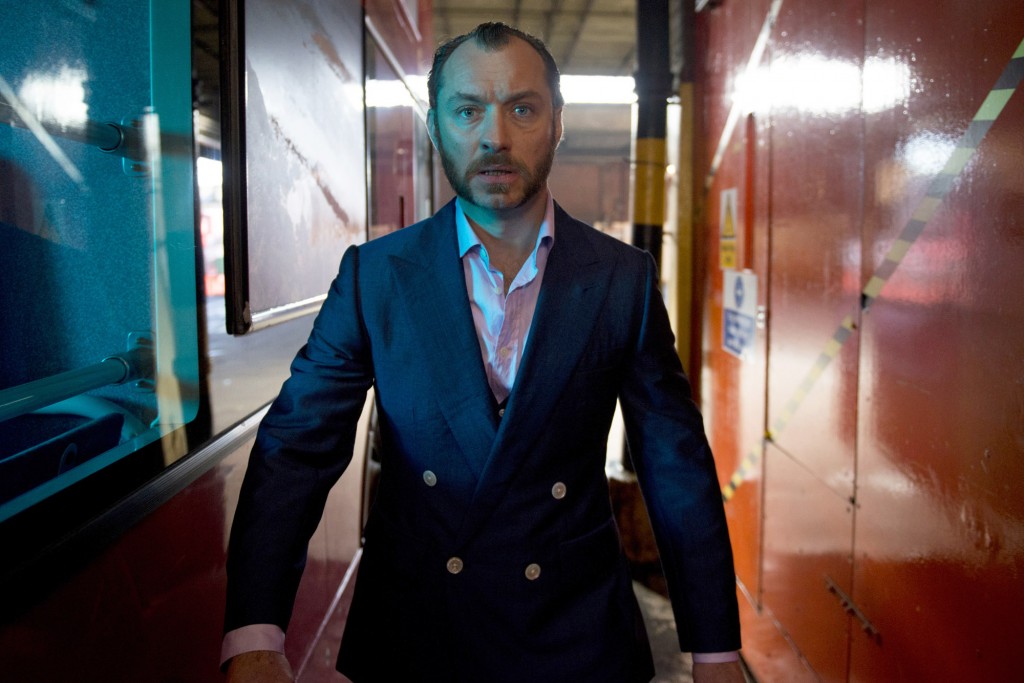 The movie takes a turn and shows that Dom wants to change his ways and become the father figure to her as well as a grandfather to his cute grandson. But all the while, Dom is still that wild and crazy thief who can pick up a large metal safe, pretend to have sex with it, knock out a wall or two, and open the safe all within a few minutes. And Shepard tells this great tale with sincerity and style. No matter how Dom conducts himself, you just want to be his friend and be there with him on his adventures, even though he seems to have a run of bad luck. And Law just pulls out all of the stops and delivers an award winning performance. Clarke is great here too, but is not given a whole lot of screen time do really dive into the character. The costumes are straight out of a Wes Anderson movie, and I won’t be surprised to see somebody dress up like these characters for Halloween this year.

If you’re looking for an incredible time at the theater and want to laugh for 93 minutes straight, then by all means, get out and see ‘Dom Hemingway‘ as many times as you can.

P.S. – I had the distinct pleasure to sit down and talk with director Richard Shepard about making ‘Dom Hemingway‘. We discuss making the film, casting the actors, and some Richard’s favorite moments in movie history. It was a fun interview for sure. CLICK HERE  to check out the interview.