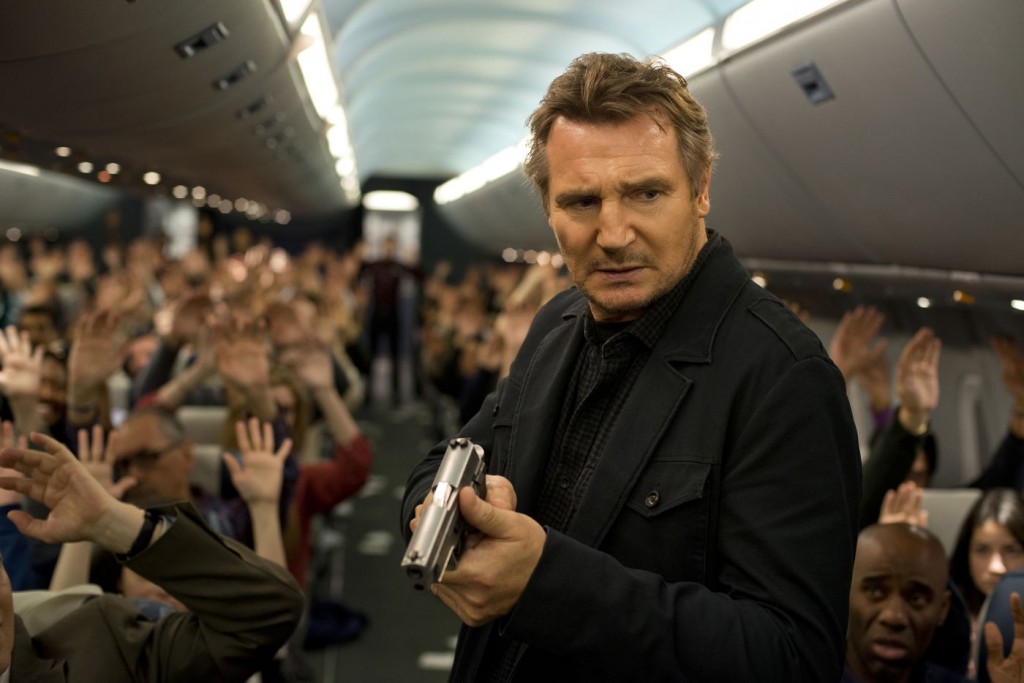 In the next installment of Liam Neeson saving the world, or in this case, 150 people 30,000 feet up in the air on a commercial airliner from New York to London, things are so over-the-top ridiculous, things tend to not make a whole lot of sense. But what do you really expect from a Liam Neeson movie these days? That being said, this thriller in the air called ‘Non-Stop‘ is quite fun and is less cheesy than the ‘Taken‘ films, but not as gritty as ‘The Grey‘.

This outing marks the second team-up with Neeson and director Jaume Collett-Serra who previously worked on ‘Unknown‘. Jaume also directed the remake of ‘House of Wax‘ (the one with Paris Hilton), and the little horror film, ‘Orphan‘, so keep that in mind. But I have no doubt that Universal Pictures will make their money back with this Neeson vehicle, despite just how absurd this film is. The three writers on this movie make a decent attempt at a “terror in the sky” story line as we meet Bill Marks (Neeson), who is a former NYPD officer turned Air Marshall who is completely afraid to fly. So much so, that he has a death grip on a ribbon and his seat at the same time. 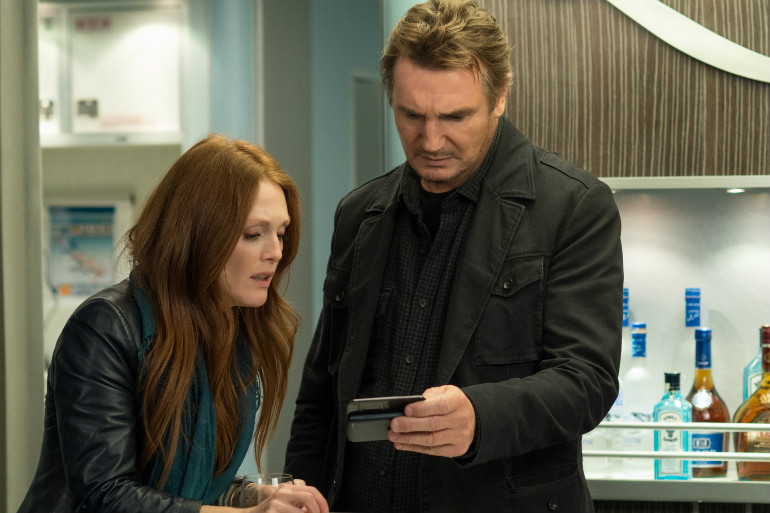 But luckily he sits next to Julianne Moore, who makes an effort to calm him down. But this seemingly normal flight takes a turn for the worst when Marks receives a text message saying that someone will die on the plane every twenty minutes if $150 million is not wired to an account.Twenty minutes go by and someone dies, and then another, and another. Meanwhile for reasons unexplained, the rest of the people on the plane are unaware that people have died, nor do they know what is going on.

The writers give us a twist with the account that the $150 million is supposed to be wired to is under Marks’ name, thus everyone accuses him of hijacking the plane, rather than protecting it. Marks tries all sorts of tricks to find out who is sending the texts to him, but cannot seem to find the villain, let alone figure out how wireless works over the middle of the Atlantic ocean. For most of the film, we are on a mystery hunt with Neeson, as it plays out more like a ‘Whodunit’ yarn, than an action packed thriller.

The characters on the plane aren’t exactly original as we have the Muslim guy who everyone thinks is a terrorist, the burly bald guy who is a police officer, the angry black guy, a creepy dude with glasses, and a hot female who is not above having sex in public. The plot goes from bad to insanely ridiculous when a bomb is discovered on board. How they deal with this is laughable, and when the villain and reason behind this debacle is just atrocious. It comes across as lazy writing, and would never be a real reason for doing something like this. It just doesn’t make sense, much like the entire movie. 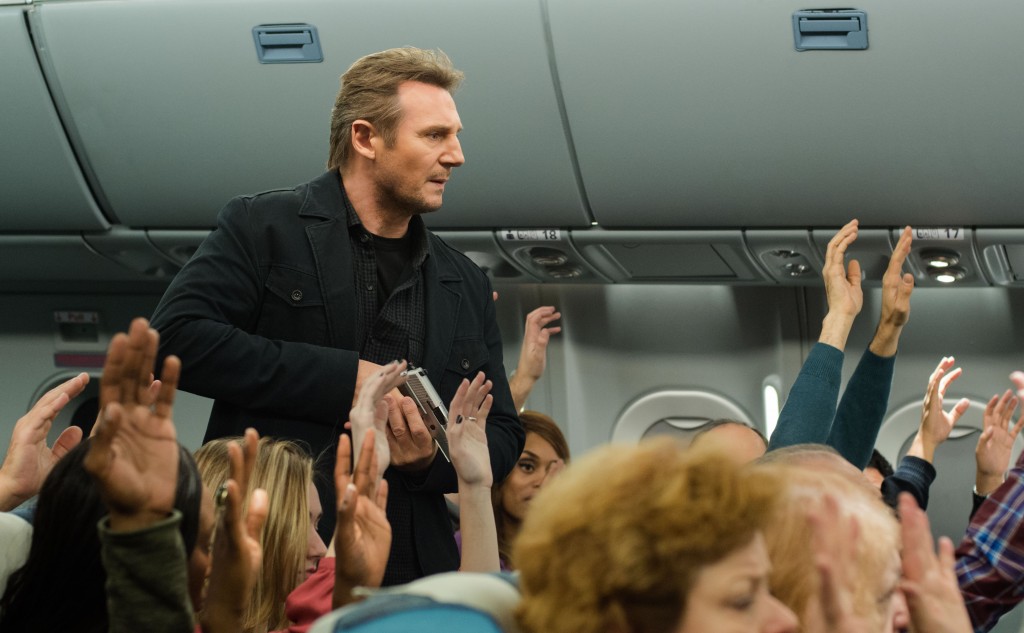 Neeson does all he can with what he’s given here, and even his short speech of how he’s not a great man, but an asshole alcoholic is not engaging. And anybody, literally anybody could have played Julianne Moore’s role, as her character is not important. It took ‘Flight 10 minutes to accomplish a great and suspenseful airplane sequence, in what it took 90 minutes for ‘Non-Stop‘ to not accomplish. I know this review makes it sound like i really hated it, but that’s not necessarily the case. I enjoyed ‘Non-Stop‘ for what it was and what it tried to be, but the ending is almost unforgivable. Is it worth seeing? I wouldn’t waste your time in the theater, but should satisfy enough on home-video.