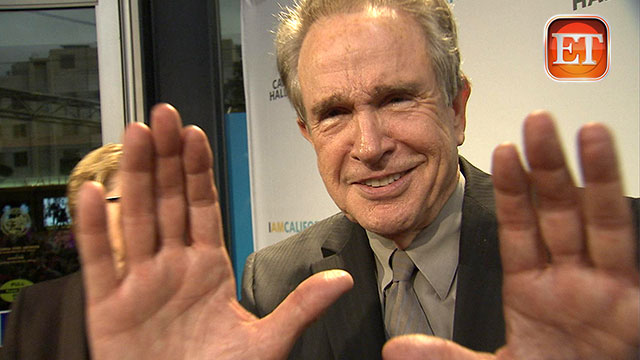 Warren Beatty hasn’t been featured on the big screen for quite a while and he is ready to change that. Beatty has had a Howard Hughes-based project perking in his head for 20 years before we’re seeing any tangible sign of its existence. Beatty will direct and star as Hughes, but it will center on Hughes’ assistant and his love interest. Beatty’s wife, Annette Bening and Matthew Broderick have lent their talents to the project and we’re told there may still be a few surprise actors to join, we’re being told perhaps Jack Nicholson?

The main theme of the film is the love story of the younger couple. Alden Ehrenreich, known for his role as reluctant hero, Ethan Wate, from 2013’s box office-bomb, ‘Beautiful Creatures‘ has been cast as Hughes’ assistant with Lily Collins on tap to play his counterpart. Collins was Clary from ‘Mortal Instruments: City Of Bones‘ and Snow White from ‘Mirror Mirror‘.

The untitled project is working from a script written by Beatty. This will make his 4th film that he has written, starred, directed and produced. All have been incredibly successful and the accolades have poured in along with financial gains. ‘Heaven Can Wait‘, ‘Reds‘, and ‘Bulworth‘ have given Beatty an idea of how great of a film he can create, so we have nothing to expect from this project other than greatness.

The life of Howard Hughes is nothing short of riveting and captivating. This is the kind of fodder that has drawn the attention of Hollywood in the past. Hughes is a bigger than life personality and it’s only right that it takes more than 1994’s ‘The Aviator‘ from Martin Scorsese to tell his story. I am sure directors from all over the world could make a unique story about the reclusive multi-billionaire and not tell the same story twice. This project takes a different approach where it focuses on the personal relationships rather than the business leaps Hughes is known for.

Beatty has backing from billionaires Ron Burkle and Steve Bing, Windsor Media’s Terry Semel, Arnon Milchan’s New Regency and James Packer and Brett Ratner’s RatPac Entertainment. The bankroll has come together to pony up the $26.7 million needed to fund this pet project.  “We all love Warren, so we all got together to support him,” said one of the investors.