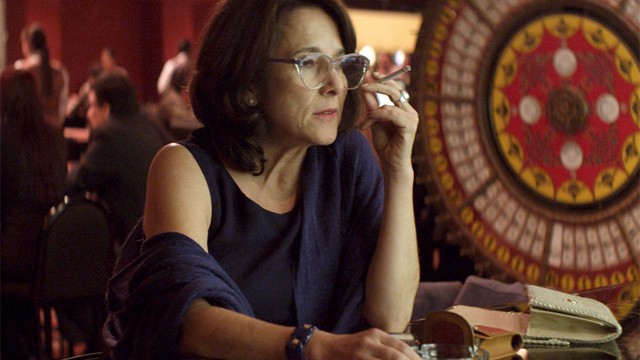 Chilean director Sebastian Lelio’s film, ‘Gloria‘ is the poster child for how to make a great romantic comedy. Sure, there are many of these types of movies that have come before it, but none have their main character pushing 60, and none have been executed this well. As we’ve seen over and over again with the rom-com genre, things can get a bit cliched, silly, and just downright dumb.

Whether it be the uglier supporting role who garners laughs, the montage sequence with the vintage up-beat song, or dialogue that makes you want to vomit, I’m sure we can all agree that these aspects plague a lot of romantic comedies. However, that is definitely not the case with ‘Gloria‘. It just succeeds on every level. And when you think a certain scene will implode with silliness or cliches, it doesn’t. 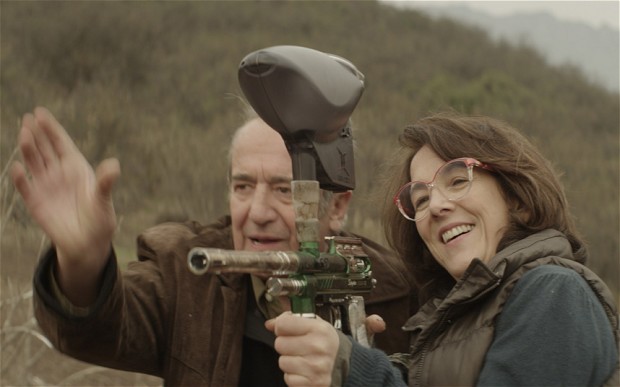 Instead, ‘Gloria‘ tells a very smart, quiet, and charming tale about a 58-year old woman who is looking to start her life over, by having a bit of fun. The amazing Paulina Garcia plays Gloria, who has been divorced for ten years and has two kids out of the house. Gloria does not want to spend her days moping around her place, or miserable at her good job, so she decides to put herself out there. She hits up some of the trendy 30-something bars and nightclubs in town, and meets several men.

There is some great flirting, but nothing seems to ever work out in Gloria’s favor. After all, she is pushing 60. There doesn’t seem to be a guy that can turn her on the way she wants until she meets Rodolfo (Sergio Hernandez), a man a few years older than her who is recently divorced, and has a very witty and charming attitude.

He is a sweet and gentile man, and the two hit it off very well. From paint-ball, to nightclubs, to dancing, and even sex, Rodolfo and Gloria seem like a match made in heaven. But Rodolfo has a few issues and never wants to meet confrontation head on, and instead he slips out in the middle of the night per se to avoid any conflict. He even puts his older dependent daughters (who use him) in front instead of Gloria. Meanwhile, Gloria must face some of her struggles in a world where being single at 60 isn’t ideal.

There are so many instances where this movie could have failed, but it never hit that low. Even as Gloria deals with her ex husband, and new dates, it never strays into cliched territory as Gloria is always level headed and smart. And Lelio’s eye for this rom-com is flawless. Even the sex scenes with these older couples are done gracefully, and show their bodies with an unflinching eye. After watching this, you’ll want to spend more time with Gloria. Highly-recommended.