Check Out The Amazing and Hilarious New Trailer for ’22 Jump Street’!! 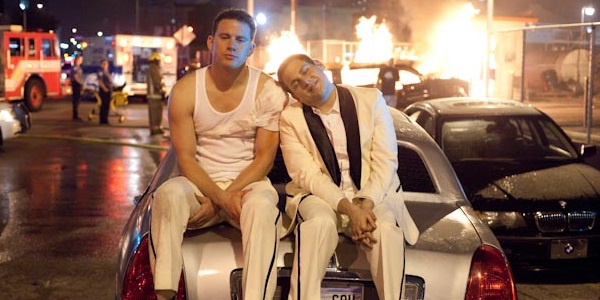 I’ve been waiting for this sequel since the end of the first film, and now we finally have a trailer, well a red-band trailer, which is even better. Jonah Hill, Channing Tatum, and Ice Cube are back for ‘22 Jump Street‘, a direct sequel from the hilarious comedy hit ‘21 Jump Street‘, which was based off the old 80’s television show that starred Johnny Depp.

Official synopsis: After making their way through high school (twice), big changes are in store for officers Schmidt (Jonah Hill) and Jenko (Channing Tatum) when they go deep undercover at a local college. But when Jenko meets a kindred spirit on the football team, and Schmidt infiltrates the bohemian art major scene, they begin to question their partnership. Now they don’t have to just crack the case – they have to figure out if they can have a mature relationship. If these two overgrown adolescents can grow from freshmen into real men, college might be the best thing that ever happened to them.

I can’t wait. Enjoy the trailer.