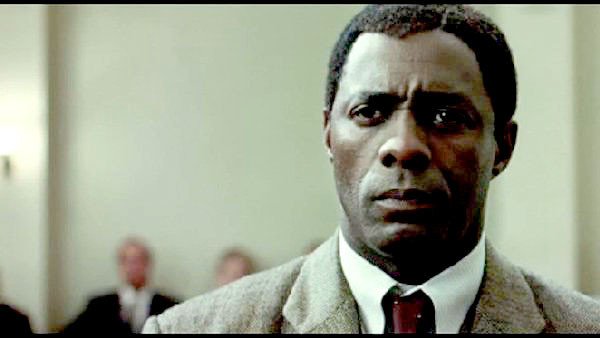 There have been numerous films, television programs, and documentaries that have discussed the life of Nelson Mandela. Not too mention the treasure trove of books, biographies, and interviews you can read and watch detailing his beliefs and politics. And Justin Chadwick’s narrative film ‘Mandela: Long Walk to Freedom‘ is yet another addition to the ever expanding universe of Mandela. Adapted by William Nicholson from Mandela’s autobiography of the same name, this two and a half hour film seems like a long slow walk indeed, with too much to cover and some cheese sprinkled here and there. Although actor Idris Elba’s performance of Mandela is one of the best I’ve ever seen, this long walk could have been better.

We all know, or we should all know Mandela’s story by now. He was an iconic, great and one of the most important people not only for South Africa, but for the world. His 27 year unjust prison sentence is just a small part of the film as we first meet Mandela in the frontier hills of South Africa being born. But as quickly as he is born we skip ahead to see him as a young lawyer, representing his clients, and even winning cases.

But we soon see how South Africa turns into a white supremacist state, where all blacks have very little rights and are forced to move to shoddy housing away from everyone. Of course we see his rise as leader in the ANC (African National Congress), and a few of their plots to over throw the government. It is here, where we see Mandela’s first marriage go down the tubes due to his affairs he has, as well as his work. Mandela and his fellow comrades are eventually captured and unjustly sentenced to life in prison. 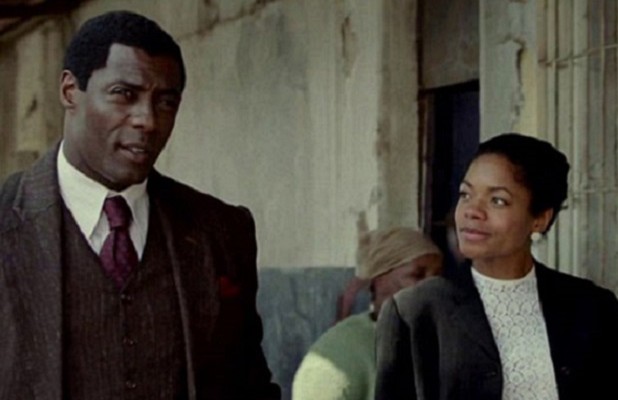 From this point, we slowly see Mandela age with grey hairs and wrinkles, all the while still having a strong presence, as he can move stone, rock, as well as people’s views on freedom. His own views change from taking a violent approach to becoming an equal citizen to a peaceful approach. And Elba does this with grace and ease, as we believe everything he says. His body language and presence is awe-inspiring. His second wife Winnie (Naomie Harris) is a powerhouse here, as we see her take a separate path from Mandela, as she rallies people behind her and her husband’s views, although her views are strictly violent, whereas Nelson’s are to take a peaceful approach.

What this movie has going for it is the performances by Elba and Harris. They really do carry this movie, but only so far. There are some elements that Chadwick added that seem to hit us on the nose to much and should have made us feel sad with tears, but this never truly happens, and it comes across as corny. This is not the ultimate Nelson Mandela movie, but it might be the ultimate performance of Mandela yet. For those of you who don’t know a lot about this powerful figure in history, this is a good starting point, but if you are somewhat familiar, then I’d look elsewhere, although seeing Edris Elba as Mandela is a must.