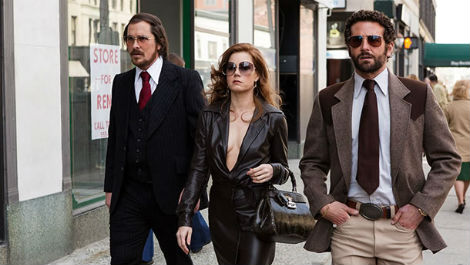 Formally titled ‘American Bullshit‘, director David O. Russell has generated a lot of buzz for this film over the last few months. Coming off his Oscars for ‘Silver Linings Playbook‘ and ‘The Fighter‘, you might think ‘American Hustle‘ might be on par with his previous two films. While this movie is indeed great, it lacks any sort of depth or meaning that  Russell has embraced in his previous efforts. But what he lacks in depth and meaning, he makes up ten fold in acting, characters, and insanity. I have no doubt that this 1970’s comedy con-artist film will wow audiences with its comedy and sex appeal, but don’t expect a “think piece” here. With tons of other choices this holiday season, it’s difficult to say how this will do at the box office, but with an A-List cast and the amount of hype this has, I imagine decent returns.

Russel and Eric Warren Singer wrote the script to this film that plays out a little like ‘Goodfellas‘ and ‘Boogie Nights‘, and is a very fictionalized account of the Abscam scandal by the FBI on big politicians in the 70s and 80s. Before the film starts, there is a title card that says, “Some of this actually happened”, which garnered quite a few laughs. Instead of getting a boring look at the real sting operation in a film, Russel decided to write over-the-top characters and some hilarious incidents to spice up this story. Hell, the first 5 minutes of the film is literally Irving Rosenfeld (Christian Bale) combing his remaining dozen hairs in an epic comb over and applying glue for a wig.

Instead of diving into the ins and outs of the particulars of this Abscam case, Russell goes head first into the bizarre characters he has created and all of their flaws. The con artists are everywhere here. The police, FBI, and are main characters who are Irving and Sydney Prosser (Amy Adams), duo who are in cahoots, swindling people out of money and art. They are so successful at it, they have a legitimate business office and make tons of money. Irving and Sydney are even lovers, but Irving is also married to Rosalyn (Jennifer Lawrence) and has a young son. Rosalyn is one of the funniest characters put on screen this year and Lawrence gives her and this movie so much life as she makes everything about her and would even go so far as to say she is responsible for all the good things in life. 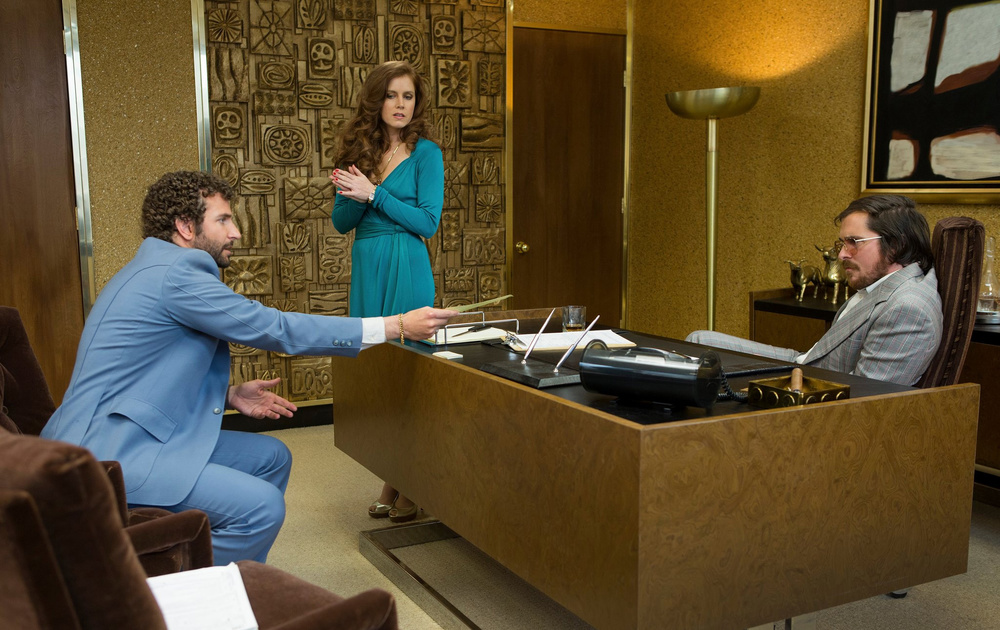 However, FBI agent Richie DiMaso (Bradley Cooper) arrests Sydney and Irving, and instead of putting them in jail for years, forces them to do a con job to take out corrupt politicians. And we’re not talking about rape or murder corrupt type of stuff, we are talking about taking money from big investors to fix their turbulent city and make it better during the 70s. Thus, the long con is set in motion with each player conning everyone else, and quite possible the audience. The big mark here is Mayor Carmine Polito (Jeremy Renner), who is a great man, who doesn’t do anything illegal until DiMaso, Irving, and Prosser basically force him to take money from a fake noble Sheik.

Every actor shines here with Bale playing an overweight and balding character who struggles with his two lives and situation he is forced into. Adams is simply amazing and truly cons us all from start to finish. Seeing Renner is a great 70s wig and his swagger as a politician is quite epic as well. And Cooper here is just magnificent, and is a manic and deeply desperate man who is trying to get on anyone’s radar. His commitment to this role is just amazing. Louis C.K., Jack Huston, and Michael Pena all turn in hilarious performances.

Russell uses his camera much like an early Scorsese in this film as we twirl and waltz through this fun move. ‘American Hustle‘ is one hell of a spectacle on the big screen, and while it may lack meaning and depth, it sure is a lot of fun to watch. The soundtrack is killer here as well.