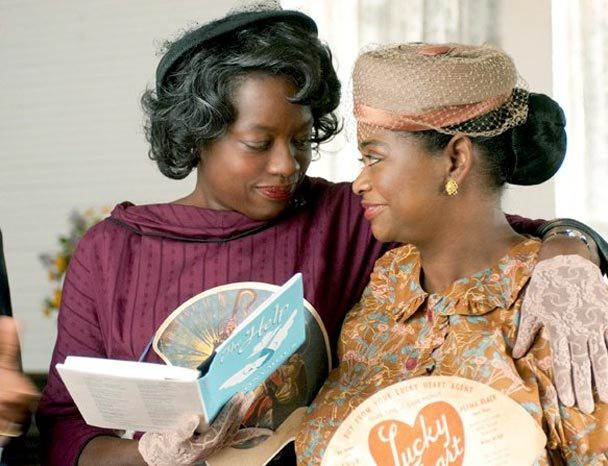 If you’re Tate Taylor, one thing you don’t do is mess with a recipe for success. After writing, directing and producing the multiple Oscar nominated film, The Help, he is sticking to the talent he originally recognized, and is bringing it to his current project. The talent he is bringing to this project are Viola Davis and Octavia Spencer from ‘The Help‘.

This biopic follows the life of the one, the only, James Brown. Entitled ‘Get On Up‘, which is fitting because his music makes you do just that. I think they could have titled it I Feel Good and been just as descriptive of the Godfather of Soul. The film will follow the legendary entertainer’s life from the beginning. Davis will play Susie Brown, who was a young 16 years old when she gave birth to the future legendary entertainer. She then left him to live with relatives, abandoning him. Spencer, who won an Oscar for a Supporting Actress for her  memorable Minny from ‘The Help’, will play James Brown’s Aunt Honey, a force to be reckoned with in his raising. Davis and Spencer will star with Chadwick Boseman who will take on the task of channeling the R&B singer, James Brown. Brian Grazer and Mick Jagger are producing for their companies of Imagine and Jagged Films’, respectively.

Production is set to begin in November in the state of Mississippi. Working with a script from the team of Jez Butterworth, John-Henry Butterworth and Steven Baigelman. Along with the screenwriters, Victoria Pearman and Erica Huggins are also producing.

With all the stories to work with, you have to wonder if ‘Get on Up’ is going to be as box office successful as other musical biopics, like ‘Ray‘, which told the life story of Ray Charles. I hope the movie is as passionate as ‘The Help was’. I hope that Taylor can keep the same personal investment in this film that we all saw come through on screen with ‘The Help’. Part of the reason why he may have felt so strongly about making ‘The Help’ is he was childhood friends with the author of the source material for ‘The Help’, Kathryn Stockett.