Seth Rogen and Evan Goldberg Now Have A TV Series At FX!!!

FX just greenlit a pilot comedy animated series that centers around ‘Bigfoot‘. In fact the title of the show is called ‘Bigfoot‘. The new series is based on a graphic novel by Graham Roumieu called ‘In Me Own Words, Me Write Book, And I Not Dead‘. Seth Rogen and Evan Goldberg are producing the series.

Rogen said, “This will be the greatest show about an animated Bigfoot ever made.” This could be fun. There hasn’t really been a great Big foot project since ‘Harry and The Hendersons‘. Looking forward to this one, especially since Goldberg and Rogen are attached. I hope Rogen has a voice role in it. 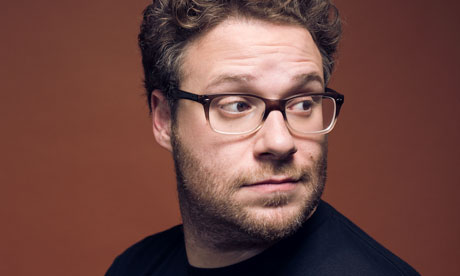 And this is also not the only FX show for Rogen, as he starred as Dirty Randy in the show ‘The League‘, to which we hear he is getting his own episode with Raffi. I cannot wait for that.