‘The Hebrew Hammer vs. Hitler’ Is Happening!!! 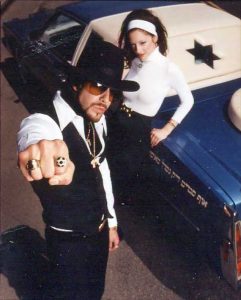 All hail the Hebrew Hammer.  There will be a sequel to the 2003 hilarious cult hit, due in part to fan funding.  And yes, Adam Goldberg will reprise his role as Mordechai Jefferson Carver aka The Hebrew Hammer, who is like the Jewish Shaft.  Judy Greer will also reprise her role as his wife Esther Bloomenbergensteinenthal.  And if that isn’t cool enough, the plot will blow your mind.

It will center on the two traveling back in time to team up with the a well-known jew, Jesus, and then heading off to find and kill Hitler, hence our title ‘The Hebrew Hammer vs. Hitler‘. If you remember the first film, it centered around the Hebrew Hammer taking a case that involved a very evil and anti-semitic Santa Clause, who was played by Andy Dick, and was out to destroy Hanukkah.  Goldberg said, “It didn’t seem the sort of franchise where you wouldn’t want to see [the hero] take on one Jewish holiday after another….You want to see him go after the big one. Who’s the Jewish Joker? Hitler. It’s implicit that if we are going to take on Hitler, there’s a time-travel element, so once that widened the scope infinitely, I thought it was important that we hook up with the other big Jew in history: Jesus.”

The sequel is set to start shooting this Spring according to Yahoo.  I cannot wait.  This is going to be EPIC!