Tom Waits and Keith Richards Together on New Record! 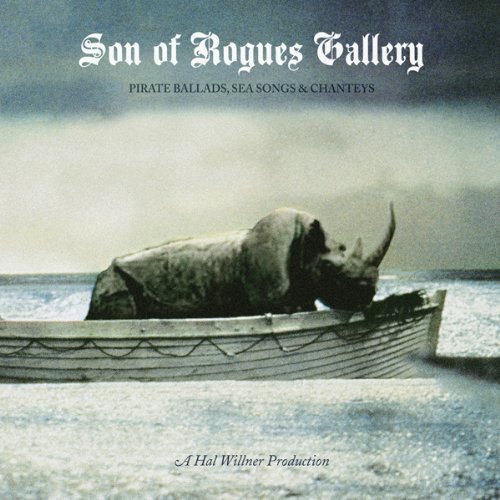 It’s really a match made in heaven, wouldn’t you agree? Tom Waits and Keith Richards, two of the crustiest musicians in the universe joining forces to play on an album full of pirate songs and sea chanteys? You just can’t go wrong with this combo!

“Son of Rogues Gallery“, a compilation of pirate ballads, sea songs and chanteys, produced by Hal Wilmer and releasing on ANTI Records, is a follow-up album to the first “Rogues Gallery” album from 2006. Waits, sounding more and more like he’s gargling with rock salt and gun powder, croons ever so effortlessly on the classic ballad “Shenandoah,” while Richards offers his sly and subtle guitar to round out the mood. The song, which probably was recorded while Waits and Richards worked on Waits’ latest LP, “Bad As Me”, is definitely one for the books. Perhaps we’ll see the two collaborate on a few more songs like this, and release their own collection of Pirate tunes. It would be fitting, to say the least. The forthcoming also features work from artists Iggy Pop, Johnny Depp, Todd Rundgren and the unusual pairing of Michael Stipe and Courtney Love, just to name a few.

Preview Waits and Richards’ “Shenandoah” here on NPR’s “All Songs Considered” blog, and be sure to pre-order or pick up a copy of the “Son of Rogues Gallery” when it releases on February 19, 2013.