Martin Lawrence and Kelsey Grammer Are Looking To Team Up For New Comedy Series!!! 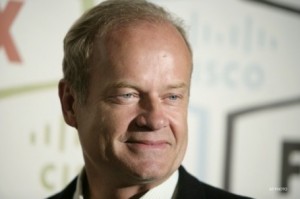 This is pretty huge news.  Not in a long time have two big name actors decided to team up for a tv series for a network channel.  Martin Lawrence and Kelsey Grammer are looking to develop and star in a new comedy project for Lionsgate.  The meetings started before Thanksgiving and we hear that both Lawrence and Grammer have amazing chemistry.  I’d buy that since Lawrence had such great chemistry with another tall white guy, Tim Robbins in ‘Nothing to Lose‘.

Over the next month, the studio will start deciding on characters, actors, and a showrunner and they say the project will have an ‘Odd Couple‘ feel to it according to Deadline.  We also hear it will follow in line with the same model as ‘Anger Management‘ from Charlie Sheen.  Both Lawrence and of course Grammer are no stranger to television.  Grammer was on ‘Cheers‘ and more notably ‘Fraiser‘, which he was on that for many many years.  Lawrence rised to super stardom for his own series titled ‘Martin‘.

It will be good to see both return to the small screen and Lawrence not do another ‘Big Mamma’ film.  We will have updates as they come out.  But for now, this could be good.  And I can only hope this will be a buddy cop comedy tv series called ‘Black and Tan’.  Please make that happen.  Your thoughts?