Blu-Ray Review: ‘Seeking A Friend for the End of the World’ 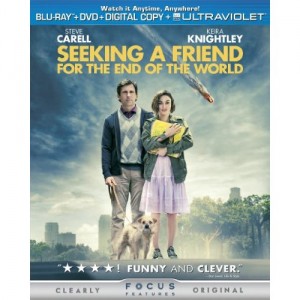 ‘Seeking A Friend For The End of the World’ asks that age old question, “If you knew the world was going to end in a matter of a few days, what would you do?”. In this case, we instantly learn that a large asteroid will be hitting Earth and that the last ditch effort to save Earth has failed.  It’s game over, folks.  That’s how we meet Dodge (Steve Carrell), who hears the tragic news on his car radio.  This is an unique take on romantic comedies that is as sweet and fulfilling as chocolate cream pie.

Dodge is an insurance rep whose wife abandons him at the beginning of the film as they both hear of the devastating news.  Dodge still goes to work, although there really isn’t anything to do and only about 3% of the company are still coming in.  He’s very depressed and has become a ruined man.  He even tells people that he hates his life.  Dodge even attends an “end of the world orgy’ party, and his spirits are still not lifted.  That is until, he meets his neighbor Penny (the beautiful Keira Knightley) for the first time.  Penny is a fun, energetic, free-spirit who loves music and vinyl records.  As Dodge is meeting Penny for the first time, her long term relationship just ended in front of them both.

They are both broken people and decide to spend the next few days of life as they know it together with similar end-of-the-world plans.  He wants to find his high school sweetheart who he hasn’t seen in many years, and she wants to get to London to see her family whom she hasnt seen in years.  They agree to help each other, and on their bizarre and emotion journey, they realize they just might be soul-mates.

The trailers to this film bill it as more of a comedy than a drama.  However, even though there is a bit of dark comedy here and there, it’s all about the relationship between Penny and Dodge and their apocalyptic surroundings.  It’s terrifying, yet beautiful.  I loved how Penny and Dodge fall head over heels for each other over the course of a few days.  They both look to comfort each other and please the other no matter what the cost.  One of my favorite scenes was when Penny teaches Dodge about vinyl records, and he goes out of his way and gets her a record player, as the only thing she takes of her possessions on their journey is a few select records from her collection.  Their connection and love for one another is contagious.

While most of the recent apocalypse films have left a displeasing taste in my mouth, I can say that ‘Seeking a Friend for the End of the World’ is insightful, quick witted, and emotionally fulfilling.  It’s got a great supporting cast including Adam Brody, Patton Oswalt, Martin Sheen, Gillian Jacobs, T.J. Miller, and Rob Corddry.  They all do a fine job.  If the world is about to come to its impending doom, Dodge and Penny are the people I want to emulate in my final moments.  They truly save each other. 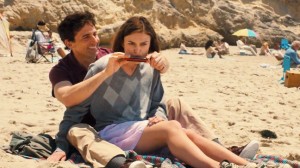 This disc looks amazing.  It comes with a glorious 1080p HD transfer with a 2.35:1 aspect ratio.  The detail is very realistic and very sharp with the colors coming across bright and vibrantly.  You can make out every wrinkle on faces and every stitch of clothing.  The black levels were deep and inky with no evidence of aliasing or halos.  There was a tiny amount of edge enhancement but it never does lower the viewing experience.  This is an amazing video presentation.

‘Seeking A Friend for the End of the World’ comes with a great lossless DTS-HD 5.1 audio mix and covers all the dynamic ranges amazingly.  The dialogue is crystal clear and perfectly centered on the fronts with nor evidence of cracks or hissing.  Everything was easy to understand.  The ambient sounds of people rioting came across the rears very nicely.  There is a bit of bass to this film as well and never is over shot.  The soundtrack and score sounds amazing and never drowns out the dialogue.  Incredible audio presentation. 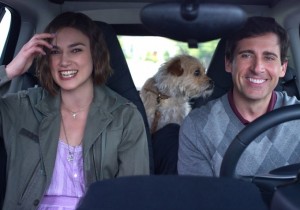 I really enjoyed this film.  The trailer bills it more as a comedy than a drama, but the dramahas a bit more leverage than the comedy, although the film is packed with comedy actors.  The audio and video presentations are top notch here, but the extras are sub par.  But don’t let that dissuade you from getting this amazing film.  I highly recommend this.