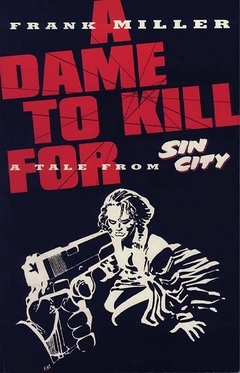 Robert Rodriguez and Frank Miller have hired Joseph Gordon-Levitt for their sequel film ‘Sin City 2: A Dame to Kill For‘, which just happens to be my favorite story out of the ‘Sin City‘ series.  Gordon-Levitt will take on the role of Johnny, which is pretty much the lead character that overlaps a few of the stories that will be featured in the film.

Originally the part was offered to Johnny Depp, but I guess he turned it down for another role.  Mickey Rourke, Clive Owen, Bruce Willis, and Rosario Dawson will reprise their roles in the film according to Deadline with Dennis Haysbert joining the film in replace of the late great Michael Clarke Duncan.  We also hear that a few other big name actors plan joining the film including Josh Brolin.  And with Brolin’s ‘Gangster Squad‘ film, he looks and feels like the perfect choice for this noir sequel.  ‘Sin City 2‘ is currently filming now.