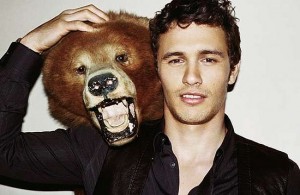 James Franco will do just about anything in life.  It’s insane to think about.  I mean, this year he has a few films on the table.  One being the epic Sam Raimi directed ‘Oz the Great and Powerful‘, which will cater to everyone.  But then he has a few gay and or porn related films on the chopping block too, which are ‘Kink‘, ‘Lovelace‘, and ‘Interior Leather Bar‘. Let’s not forget the film ‘Spring Breakers‘, where he plays a drugdealing killer named Alien.  Oh yeah, and he is on a daytime soap opera too when he is not hosting the Oscars or winning awards, or going to school, or acting in pot smoking comedies with his friends.  The guy is an all around huge talent.  It’s very impressive.

Franco is in Sundance now and has just confirmed his next project. Franco will not only act, but will direct ‘Beautiful People‘, the Jay Sebring biopic according to Deadline.  Sebring was a 1960’s suave playboy and hairstylist who was romantically linked to Sharon Tate, but were both murdered by the Manson family.  This particular film will chronicle the rise of Sebring in Hollywood.  This sounds great and hopefully will have a great cast.  Can’t wait to see who is cast as Tate.

Franco has a lot on his plate.  Can’t wait to see what he’ll do next.