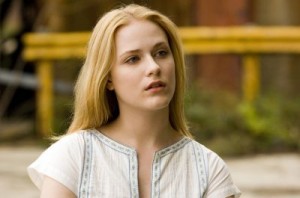 According to Deadline, the film follows a guy and a girl (Wood) who met while each is trying to commit suicide, and they find a way to keep on living by being with each other.  Production is to begin in a few weeks in LA.  I wonder if this is going to be a series of films from this team from now on.  Wood has a few new films coming out next year and the male lead in this film has not been cast yet, but I bet some heart throb will be in order.