Benicio Del Toro Assumes The Role He Was Born To Play – Pablo Escobar!!! 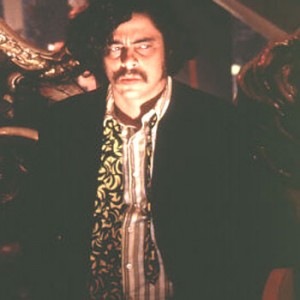 Benicio Del Toro will flip you, flip you for real.  Benicio is set to play the ruthless and legendary Columbian cocaine head honcho, Pablo Escobar in a film called ‘Paradise Lost’.  The film will be a romantic thrill of sorts and is inspired by true events.  The film centers on Nick, a young surfer who visits his brother in Colombia and falls madly in love with a beautiful local girl called Maria. Their romance seems idyllic until he meets her uncle, Escobar according to Variety.

Andrea di Stefano has written the script and looking to direct the film as well, which his latest film he is involved with is the upcoming ‘Life of Pi’.  Del Toro is “one of the rare actors with enough charisma and range to play such a multi-faceted character as Escobar, who could be wonderfully charming yet dangerous and menacing,” a source close to the project said.  He also noted that “Paradise” isn’t an Escobar biopic. It “will have a narrative structure in the vein of ‘The Last King of Scotland,’ weaving Nick and Maria’s romance with Nick’s ambivalent and destructive relationship with Escobar.”

This is shaping up to be a 3 month shoot in Panama with a budget of $25 million dollars.  While the film won’t center on Escobar, I think Benicio will steal the show.  Plus tons of films have already covered the Escobar story and there are other currently in the works based on the drug lord’s life.