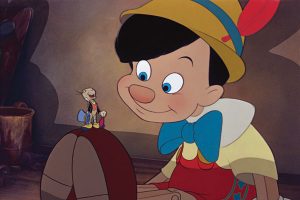 We’ve been hearing that Warner Bros. has been developing a new Pinocchio project, and now Jane Goldman will write the script for Tim Burton to direct Robert Downey Jr, which will be a first time collaboration for the two to work together.  No contracts have been signed yet, but Burton and Robert have been talking with Warner about their excitement and suggestions for the film according to THR.

Based on Disney’s 1940 animated film, Downey Jr. will play Geppetto, the toy maker who carves a puppet who dreams of becoming a real boy.  When Pinocchio leaves and is kidnapped, Geppeto sets out to find him.   Bryan Fuller, series creator of ‘Pushing Daisies wrote a first draft of the script, which Goldman may or may not go on.

Goldman has co-written ‘Kick-Ass’, ‘X-Men: First Class’, and the recent ‘Woman in Black’, and she looks like this. 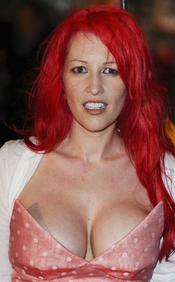 Now as you all know, I have a love-hate relationship with Tim Burton, but I think he will do, well let’s say I hope he does a good job with Pinocchio.  If he were to ever get back in my good graces, this would be it.  I think this has his name written all over it.  And I’m a huge fan of ‘Kick-Ass’, so I believe Goldman will deliver the goods.  Hope Downey Jr. and Burton sign a contract soon.  But, I must say I am looking forward to Guillermo Del Toro’s version of ‘Pinocchio’ quite a bit.