Guillermo Del Toro’s ‘Pacific Rim’ Will Be in 3D!!! 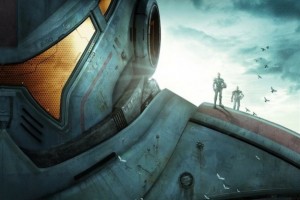 Guillermo Del Toro’s epic film ‘Pacific Rim’ is receiving the up-convert to 3D. In past interviews with Guillermo about this film being 3D, he has always said it won’t be.  He did not want it to be 3D.  However, the scope of this film is supposed to be HUGE, and with 3D ticket prices higher than standard ticket prices, this film could make more money.  That’s probably what the studio execs are thinking.

‘Pacific Rim’ will be released July 12th, 2013 in both 2D and 3D formats and stars Charlie Day, Charlie Hunnam, and Idris Elba.  It’s about giant robots that fight off monsters.  So imagine the potential for possibly a billion dollar film if it is converted to 3D.  I mean, take a look at Avengers vs. Dark Knight Rises.  I bet you if Dark Knight Rises was in 3D, it would have made significantly more money even though it broke 1 billion.  I mean, I’m glad it wasn’t in 3D, but I think the trend these days with studio execs is to push 3D, because it cost almost $20 to see a 3D film rather than the about $11 it does a standard.

And I bet, Jackson’s ‘The Hobbit’ will break a billion dollars due to the whole 3D thing.  I’m hoping this 3D thing will go away soon.  I’m not a huge fan of it for various reasons.  The only film I really think deserves the 3D treatment and was great in 3D was ‘Jackass 3’.

Now, we just need a full trailer for ‘Pacific Rim’ and will be all good.