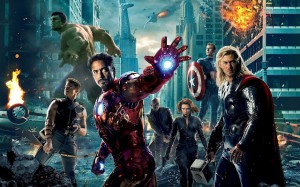 We all saw this coming, right?  Disney CEO Bob Iger announced today that Joss Whedon will be back to write and direct the sequel to ‘The Avengers’.  Add to that, Whedon will head up a live action TV series involving the Marvel characters.  There is no title or release date yet for the sequel, but it’s look like it will be at least 2015 before the sequel hits.

So far, ‘The Avengers’ has grossed $1.46 billion dollars making it the third top grossing film of all time.  And that will only increase as it is still out in some theaters and with the release of it on home-video, profits will spike again.  And a live-action series of the Avengers?  How cool is that?  I just hope it won’t be on the Disney channel.

And now that everyone knows that Joss Whedon knows what he is doing.  BRING BACK ‘FIREFLY’!