Will Yun Lee Set to Star Opposite Hugh Jackman in The Sequel To Wolverine: Origin’!!! 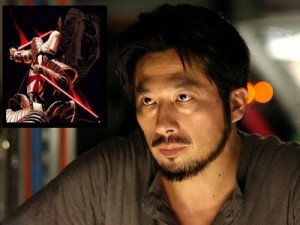 Will Yun Lee will star in the upcoming sequel of X-Men: Origins – The Wolverine Sequel.  The film will be directed by James Mangold and details of the characters and story are being kept ultra secret.  At least for now they are.  The character Lee will be playing is called Harada.  Do you remember who Harada is?

Keniuchio Harada is the mutant son of the former Japanese crimelord Shingen Harada. As a youth, Harada mastered the attendant disciplines of the medieval samurai and sought employment as a warrior for hire. He first worked for the criminal Mandrill and clashed with the blind her Daredevil. Harada then served the Viper, an agent of the terrorist organization Hydra, as her bodyguard. In that capacity, Harada battled opponents such as the costumed crimefighter Spider-Man, the martial arts master Shang-Chi, and the team of mutant trainee heroes the New Mutants.

Following his father’s death, Harada sought the leadership of Shingen’s Clan Yashida from his half-sister Mariko Yashida, but was opposed by 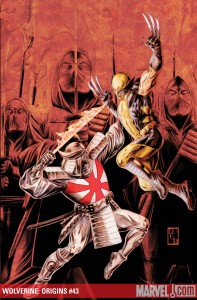 the ronin Yukio and Mariko’s lover, the mutant adventurer Wolverine. Later, Harada worked with Wolverine to free American private investigator Jessica Drew from the influence of Black Blade of Muramasa, a sword mystically imbued with its creator’s madness. Wolverine himself fell under the sword’s spell, but managed to overcome his possession after which Harada took up the sword, finding himself worthy of its power.

After Mariko’s death, Harada claimed leadership of Clan Yashida and was briefly employed by the Japanese government as leader of their fledgling super-team Big Hero 6. Ultimately, his inability to lead Clan Yashida allowed the Mongolian crimelord Haan Kaishek to take control, and he allied with Wolverine to defeat the Kaishek’s. However, the disgrace of losing leadership was too great for Harada, and he returned to his mercenary ways.

Eventually falling into the service of Hydra once more, Harada was dispatched to battle the female ninja Elektra and was seemingly killed. Revealed to have survived, the Silver Samurai resumed his criminal career following an encounter with the mutant Blindspot. Allied with known terrorist Lady Deathstrike, Harada attempted to establish himself as the “Silver Shogun,” leader of the Yakuza. He was also briefly a prisoner in The Raft as part of a super-villain stockpiling conspiracy, but he escaped and returned to Japan. Harada subsequently became a member of the Japanese Prime Minister’s security cadre. During the course of his duties, Harada faced Wolverine, who cut off his hand in search of information on the Muramasa Blade.

So we know that there are ties to Wolverine.  Lee was in the film Torque, Die Another Day, and Elektra.  Mangold directed 3:10 to Yuma, Walk The Line, Cop Land, and Identity.  This could be promising, but for its long history of directors leaving and production problems, this might turn out just as bad as the first film.  Lee recently lent his voice for the upcoming video game Sleeping Dogs, which is like Grand Theft Auto.  That game is set to release state side in a month or so.  The game puts players in the boots of Wei Shen (Lee), an undercover police officer fighting through the seedy criminal underworld of the sprawling city. The cast includes Emma Stone, Tom Wilkinson and Lucy Liu. Sleeping Dogs is under the Square Enix banner (Tomb Raider, Final Fantasy, Hitman) by United Front Games.